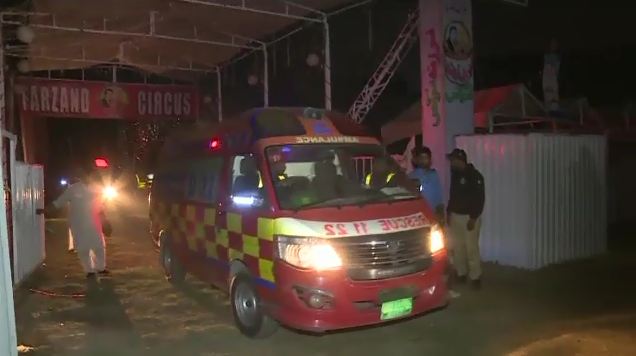 LAHORE (92 News) – At least three people were killed after fire broke out at a circus near Bus station on Friday. The incident occurred when the fire broke out due to short circuit, killing three workers on the spot. After being informed, rescue and firefighters reached the spot and doused the fire, and shifted the bodies to hospital.