Fire at Karachi's FTC Building brought under control after 4 hours

Fire at Karachi's FTC Building brought under control after 4 hours

KARACHI (92 News) – The Fire that had erupted at Finance & Trade Center Building Saturday night was extinguished after efforts of four hours. As per details, 10 fire tenders and two snorkels arrived at the scene and doused the blaze after hectic efforts of four hours. The police and ambulances had also reached the spot to assist the operation. 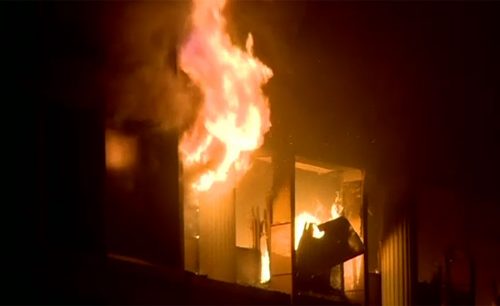