Fire breaks out at Karachi warehouse 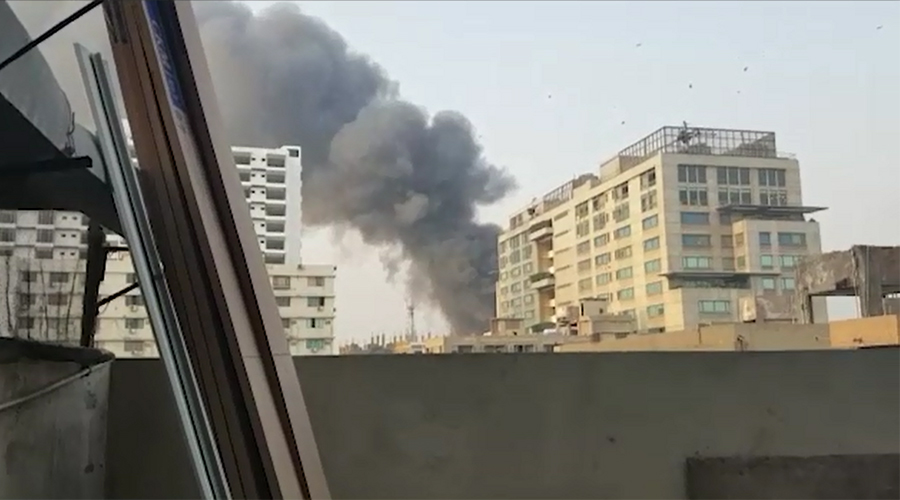 Fire breaks out at Karachi warehouse

KARACHI (92 News) – Fire broke out at a wood warehouse near Denso Hall Medicine Market in Karachi on Thursday. The fire broke out in a chemical factory used for medicines. The dark fumes of fire spread in the area. At least six vehicles of fire brigade put out the fire after a struggle of several hours. The residents of the area had shifted their goods after the fire. Nearby shops had also been cleared. The rescue teams, police and Rangers reached the scene of fire and started rescue activities. The chief fire officer said that fire brigades could not be reached at the scene due to traffic jam. No loss of life was reported. However,  a fire fighter fell unconscious while putting out the fire. Sindh Chief Secretary Rizwan Memon taking notice of the incident had ordered a report of the incident from Sindh IG.