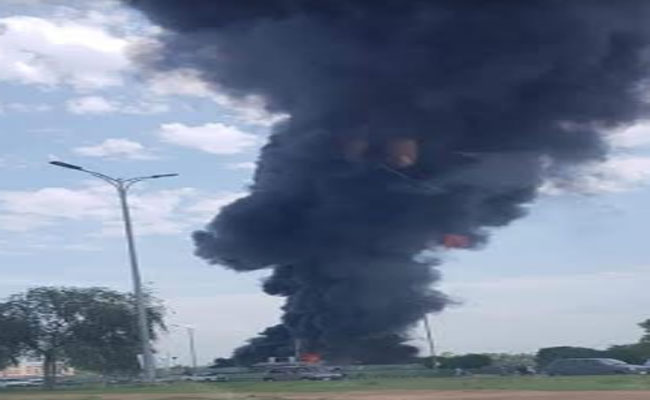 ISLAMABAD (92 News) – Fire has broken out at the weekly Sasta Bazaar located in Peshawar Morr, Islamabad. According to the details garnered, several stalls have been gutted. Large plume of smoke is rising from the site of the blaze. The fire broke out due to the blast of cylinder in a shop. Fire brigade teams have reached the spot to extinguish the fire. The rescue teams are trying to control on the fire. No causality was not reported till now. – Rain water causes havoc in ECP – The rain water entered in the building of Election Commission of Pakistan (ECP) and damaged newly installed electrical equipment procured for the purpose of Election 2018. The heavy rain was caused havoc in the building of the ECP, the water destroyed expensive furniture and the made the only conference of ECP headquarter. The ECP's electricity was also cut off to avoid any electrical mishap. The rainwater affected the ECP proceedings which are underway for the preparation of Elections 2018. The chief election commissioner (CEC) expressed anger on the Capital Development Authority (CDA). The CDA teams removed water from the building after the efforts of many hours.