Fire breaks out in Site area warehouse, one killed 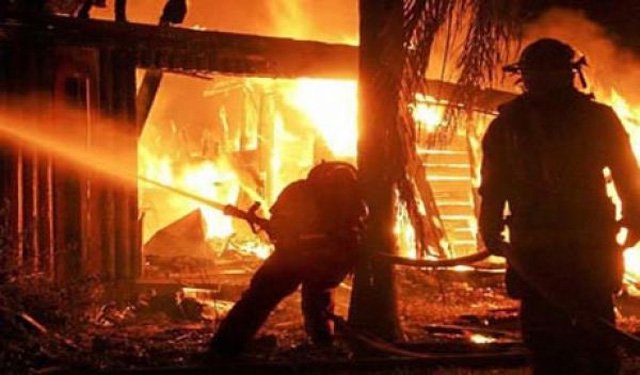 Fire breaks out in Site area warehouse, one killed

KARACHI (92 News) – At least one man was killed while four others received serious burns when fire broke out in a warehouse in Karachi’s Site area on Tuesday.

As per details, the blaze started suddenly in the warehouse which engulfed the whole building within minutes.

Fire fighters reached the scene and doused the blaze, while the cause of the fire is yet to be ascertained.

The rescue officials shifted five people who were injured due to the fire to nearby hospital where one of them succumbed to injuries and was identified as Mahtab who worked at the Godown.