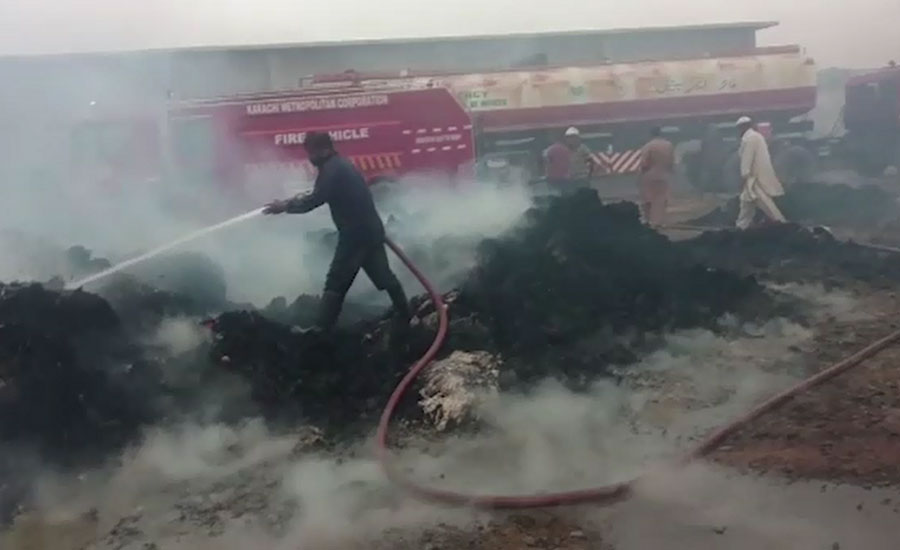 KARACHI (92 News) – Fire erupted at a cloth godown situated at the Suparco Road in Moach Goth area of Karachi on Wednesday night. According to the reports, the blaze gutted at cloth gowdown which spread very quickly and engulfed the entire building of the godown. Eight fire tender, one water bowser and three water tanker reached the spot after being informed and brought the fire under control. However, the rescue teams faces difficulty of water scarcity during the operation. Rescue sources informed that the cause of fire is not yet known. Rescue sources said that no casualty was reported in the incident, however, cloth and other valuables worth million of rupees were destroyed by the fire.

Earlier, sports goods worth millions of rupees were reduced to ashes when a godown caught fire in New Bazar. All goods in the godown and residence were burnt. The third storey caught fire that engulfed the building in no time. Water tenders reached the spot and extinguished the fire. All the people in the building were rescued.