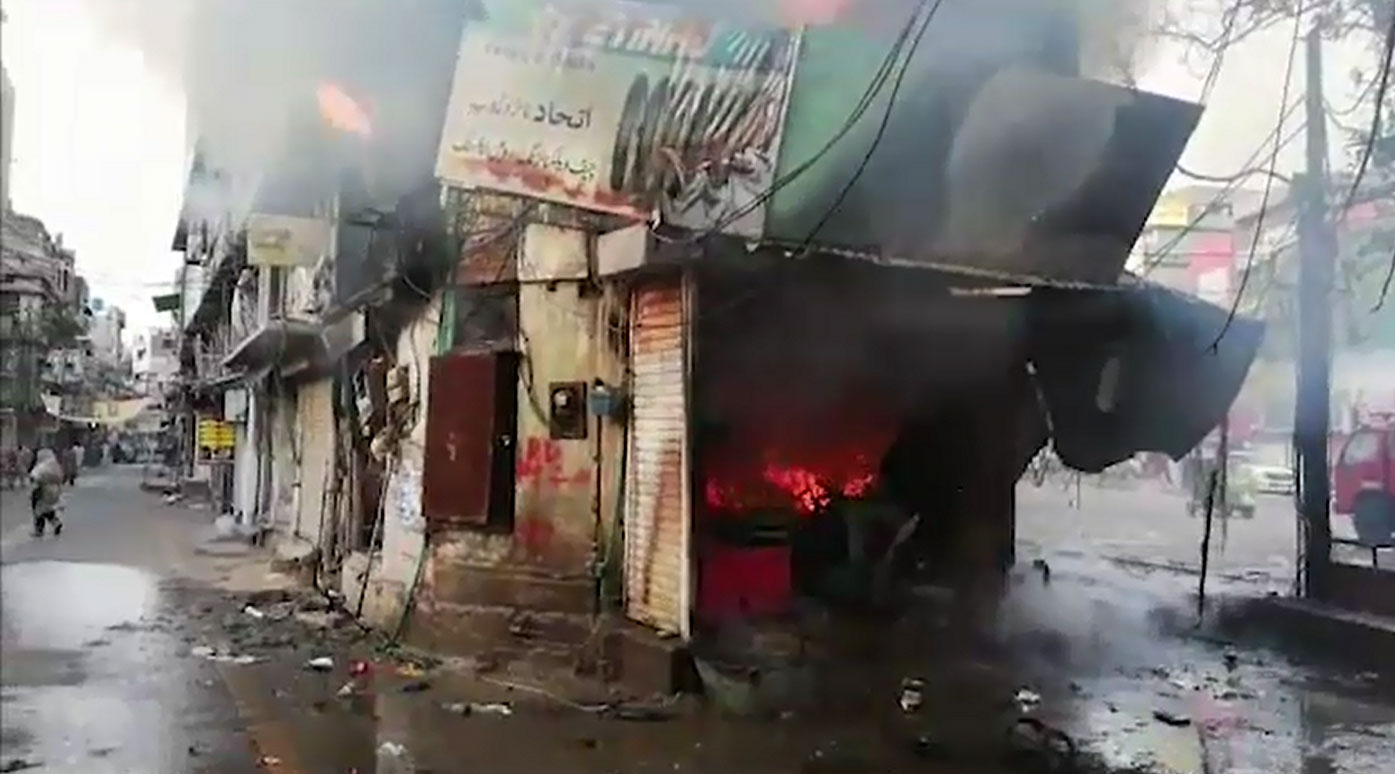 LAHORE (92 News) – A fire was erupted in a two-storey building Wednesday night here on Montgomery Road in Lahore. As per reports, many building damages due to the fire with market's shops. The five vehicles of fire brigadier controlled the fire and the officials said they were engaged in trying to douse the blaze.