KARACHI (92 News) – A fire erupted on the fourth-floor parking area of building on Karachi’s I.I. Chundrigar Road on Monday morning. According to the reports, the fire officials was received a call of smoke emanating from a building located at city’s Chundrigar Road around 05:30 am. Seven vehicles of fire brigadier and engines one snorkel were making efforts to extinguish the fire. Pak Navy's fire tenders are also taking part to douse the fire that later escalated to engulf other parts of the building. 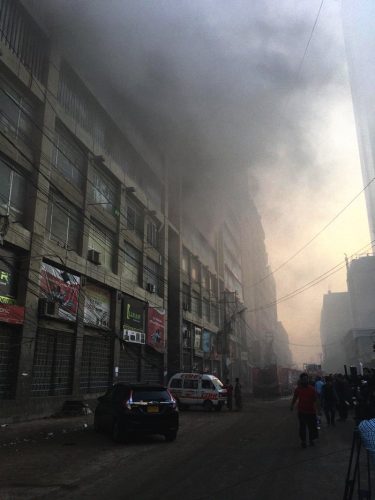