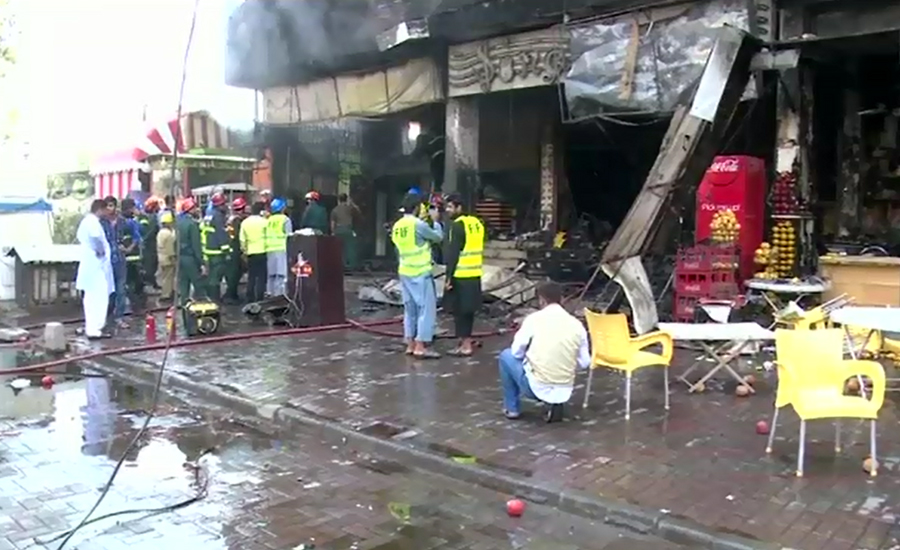 LAHORE (92 News) – Fire has razed down at least five shops at the popular Barkat market in the provincial capital, leaving properties worth millions of rupees burnt to ashes on Tuesday.

The fire, which started in a commercial plaza in Barkat Market situated in the Garden Town area of Lahore.

It quickly spread to neighboring shops in the same market in just a few minutes.

On information, fire fighters rushed to the spot and brought the flame under control. Valuables worth millions of rupees were gutted in the fire.

No loss of life or injury was reported in the incident. 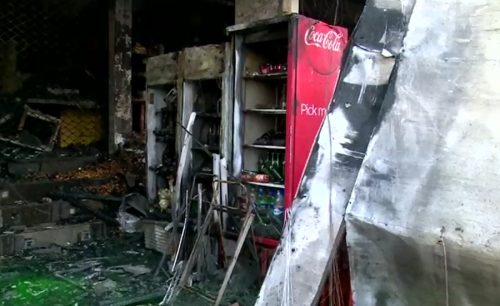