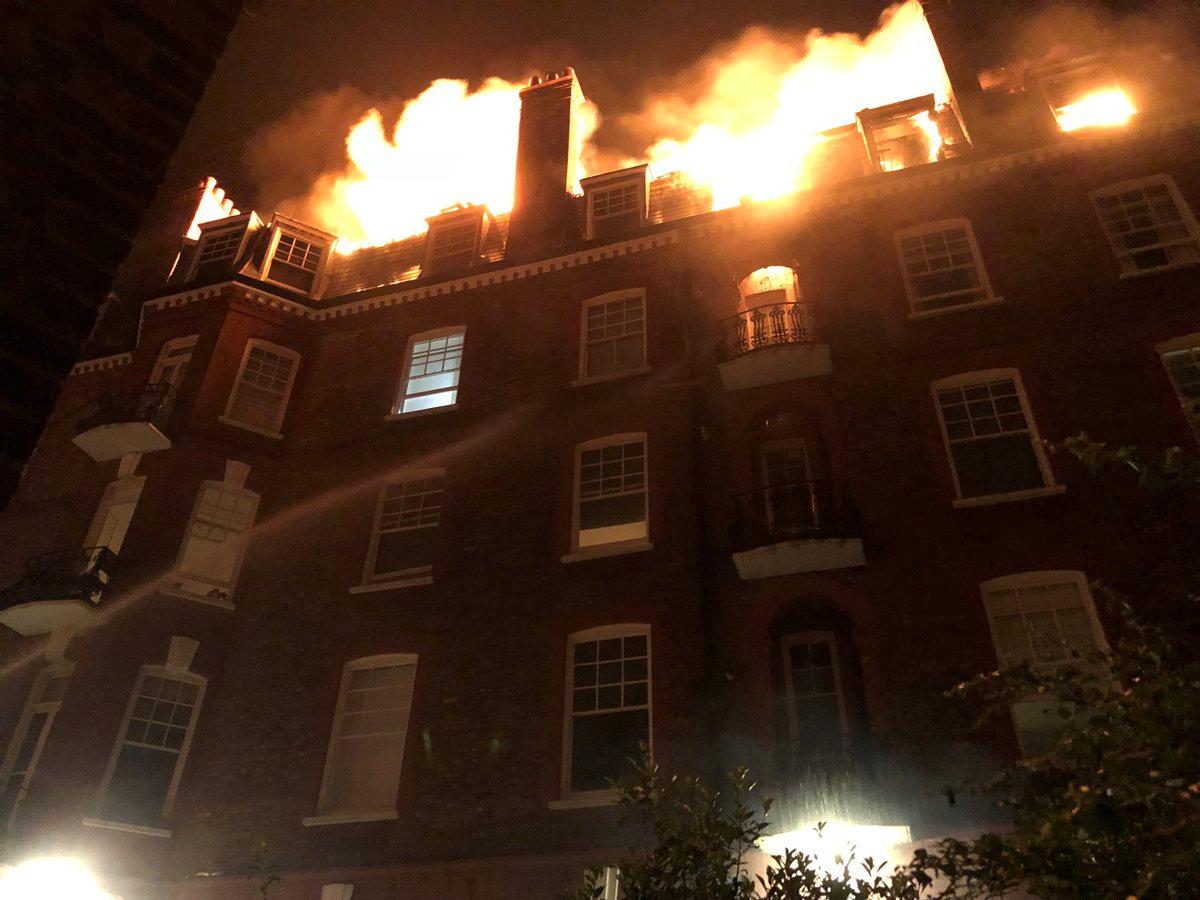 LONDON (Reuters) - A huge fire broke out in a five-storey residential building in London’s West Hampstead, forcing about 50 people to evacuate the block in the early hours of Thursday. About 100 firefighters and 15 fire engines were tackling the blaze on Inglewood Road, the London Fire Brigade said . Firefighters assisted two people from the first floor, it said. “The fire is believed to have started in a flat on the fourth floor,” fire brigade station manager Clainton Murray said. “The fire is also affecting the roof and in the early stages was very visible for miles around.” The fire brigade was called in at 0104 a.m. (past midnight GMT), it said in a statement, adding that the cause of the fire was not known yet. Neighbours took to social media to post photos and videos of the incident.