PESHAWAR (92 News) – Police have on Tuesday shot dead a terrorists during a raid at a local hotel in provincial capital’s Dabgari Garden area. As per details, Police said that the security forces have recovered a ‘suicide vest’ from a local hotel in Peshawar after killing a suspected bomber in an encounter. Police have conducted a routine search operation in Dabgari Garden area, when the suspected bomber opened firing on police party, in retaliation, the terrorist was killed on the spot. Security forces and gunmen were engaged in a fierce gun battle at a hotel and search operations are underway. Meanwhile, the police have cordoned off the area. It is being probed whether it is a suspected terror attack. 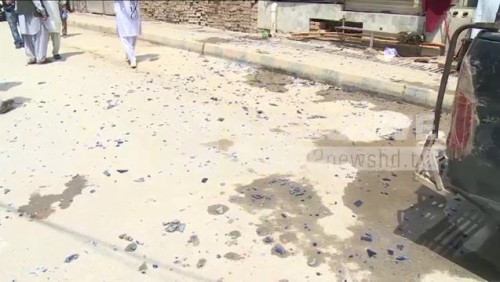