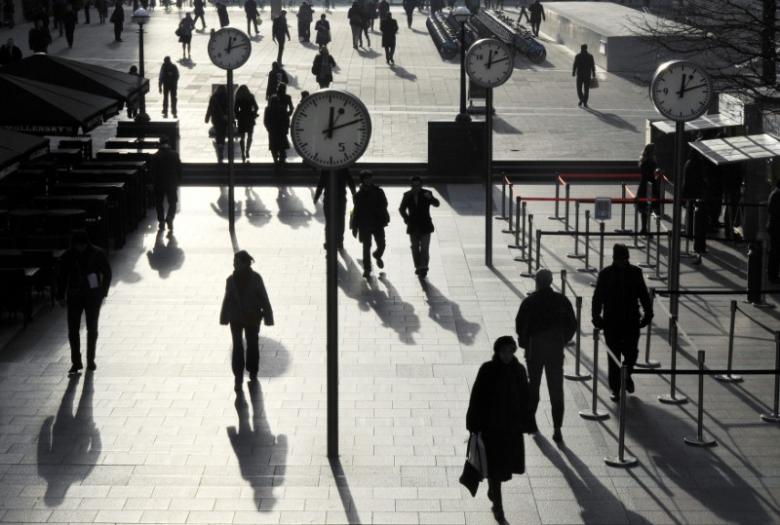 LONDON - British employers plan to hire more staff to meet demand but confidence about future investment and hiring has deteriorated because of worries about the impact of Britain's exit from the European Union, a survey by a recruitment body showed. The "business-as-usual attitude" among consumers so far since the vote had encouraged many businesses to plan to expand their workforces, Kevin Green, chief executive of the Recruitment and Employment Confederation (REC), said. Over a fifth of the 602 employers surveyed by the REC planned to hire permanent staff in the next three months and a quarter planned to hire permanent staff in the next four to 12 months. Hiring intentions were broadly the same in the three months to August as in the run-up to the EU referendum. But a further deterioration in business confidence found by the REC survey added to other signs that a bounce-back in the economy from the initial Brexit shock may not be sustainable in the longer term. The fall in confidence in domestic economic conditions gathered pace with 34 percent of employers surveyed saying they felt conditions worsened in August, compared with 22 percent in July and 13 percent in June. "It is still too early to make conclusions about what the impact of the vote to leave the EU will be, and some employers are reflecting this uncertainty," said Green. The proportion of respondents saying they did not know what their medium-term prospects for permanent hiring were rose by four points from the three months to July to 16 percent in the three months to August. In London, 23 percent said they did not know. The capital's economy is heavily driven by the financial services industry which could be one of the main losers from more restricted British access to the single EU market. Uncertainty over what Brexit means for EU workers coming to Britain was a particular concern. Forty-three percent of employers anticipated difficulties finding skilled workers, particularly in engineering and construction. Green said the government could help allay these concerns by ensuring a business-friendly immigration policy and offering fiscal stimulus as part of finance minister Philip Hammond’s first budget update to be announced on Nov 23. -Reuters