World champions West Indies struggled with the bat in the 1st T20I against Pakistan, with youngster Shadab Khan wreaking havoc in the hosts’ batting line-up, as he finished with figures of 3/7.

West Indies finished their innings at a total of 111/8, with Carlos Brathwaite top-scoring with an unbeaten 34. Catch live cricket score of the West Indies vs Pakistan 1st T20I at Kensington Oval in Barbados here.

Pakistan chased the target in 17.1 overs for the loss of four wickets. 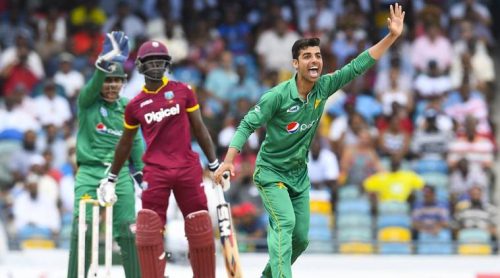 Earlier, Pakistan won the toss and elected to field.

Pakistan won all the three series and go into this series with similar intentions. Ever since that, Pakistan have gone through a bit of a slump. The suffered a series loss in West Indies and then against Australia in Tests and ODI series. 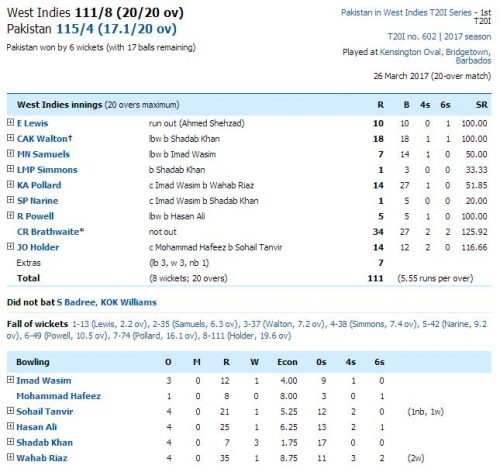 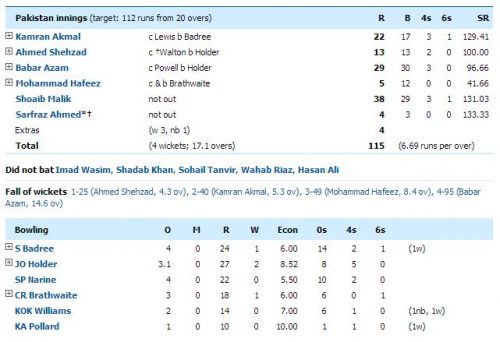