The first win is the hardest, Lauda tells Bottas 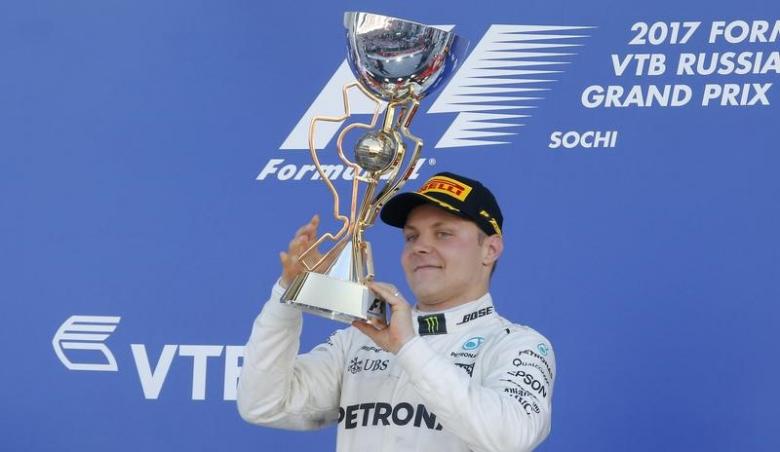 The first win is the hardest, Lauda tells Bottas

SOCHI - Valtteri Bottas waited 81 races for his first Formula One win to come along but it will get easier for the Finn after success in Russia, according to former world champion Niki Lauda.

"To win the first grand prix...is always the most difficult one," the retired triple champion and non-executive chairman of Bottas's Mercedes team, told reporters.

"This I know out of my own experience. So every one that comes next, for him his life is easier. He has proven that he can win.

"As soon as you win the first grand prix, a big load comes off," added the Austrian, who was surprised Ferrari did not win in Sochi given their race pace and having both cars starting on the front row.

Instead, Bottas roared past both Sebastian Vettel and Kimi Raikkonen to seize the lead into the first corner in a move that decided the outcome.

The Finn has had to wait longer than most to scale the top step of the podium but the man he replaced in January, retired 2016 world champion Nico Rosberg, took his first victory in his 111th grand prix start after also starting out at Williams.

Only last week, reporters were asking Bottas about having to accept so-called 'team orders' and help triple champion team mate Lewis Hamilton in the title battle against Vettel but it looks different already.

Bottas is now just 10 points adrift of Hamilton and, having started the season as an emergency stopgap, can now quite legitimately see himself in the championship mix.

That situation poses another headache for Hamilton but is one that Mercedes are relaxed about having to manage. They do not expect the relationship to turn sour as it did between the Briton and Rosberg.

"He (Bottas) took up that risky move to be Lewis Hamilton's team mate, to take over the reigning world champion's car, and I think that he has done a very good job," said team boss Toto Wolff.

"The relationship between the two is very intact, Lewis was one of the first to congratulate Valtteri on his first race victory and I think that shows the respect that they have towards each other.

"Nevertheless, both of them are fierce competitors and they will want to win races and fight for a championship; But I don't think it will affect the relationship and the dynamics within the team like it did in the last years between Nico and Lewis." -Reuters