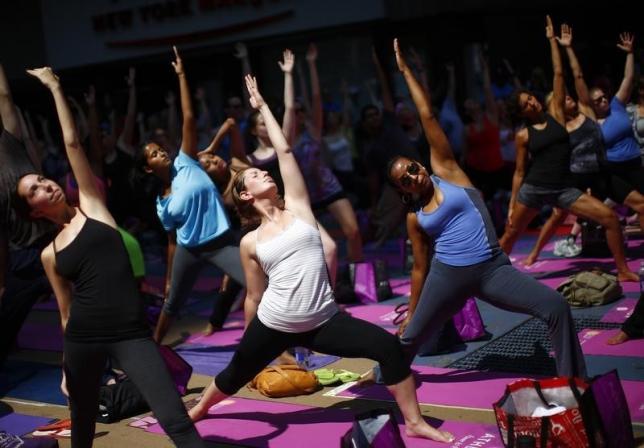 NEW YORK - Despite an explosion of fitness advice from TV shows, blogs, books and online experts, a basic knowledge of health and exercise still eludes most Americans, according to a poll. It showed that almost three-quarters of more than 1,000 people questioned did not know that they had to burn 3,500 calories to lose a pound of fat, according to the poll by fitness equipment maker Nautilus Inc. The results were posted online, along with an interactive quiz. Only 39 percent grasped that an egg is a healthy source of protein and a mere 13 percent understood that women who weight train will not bulk up like a man. The average score was 42 percent out of 100. “There are just so many myths and misconceptions out there,” said fitness adviser and author Tom Holland, including the mistaken belief, shared by 45 percent, that weight training can turn fat to muscle. But his big concern was the belief that women who lift weights will bulk up. “When you think how important strength training is for women, this is doing a disservice,” Holland added. Almost three-quarters recognized that running a mile burns more calories than walking a mile, and 67 percent understood that resting heart rate is a good indicator of aerobic fitness. Regular aerobic exercise makes the heart stronger and more efficient. Forty-five percent selected morning as the most effective time of day to exercise, although afternoon or evening is equally as good. But Jessica Matthews, senior adviser for health and fitness education at the American Council on Exercise, said the truth is sometimes complicated. “Research shows body temperature is warmer later in the day, so afternoon exercise can be good, but we also know that people who exercise early in the morning tend to exercise more consistently,” she said. While men and women were equally misinformed, young adults 18 to 24 scored highest and seniors, 65 years and older, had the lowest marks. “Older people may have learned things in high school physical education class that are now outdated because the science evolved,” Matthews explained. She said the Internet can be a double-edged sword. “The Internet is a wonderful thing but not everything that appears there is true. There’s misinformation, complicated information,” Matthews explained. “There needs to be good practical information people can use.” -Reuters