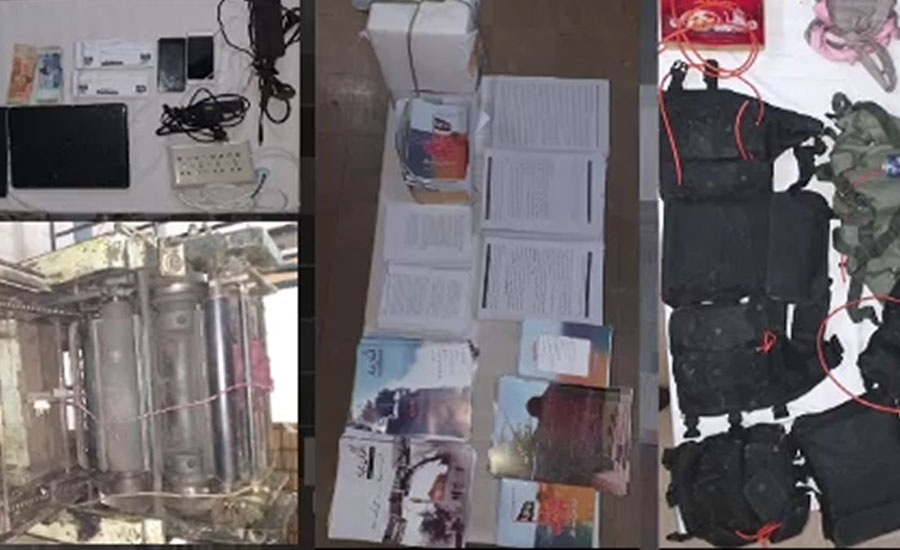 GUJRANWALA (92 News) – During a joint operation along with law enforcing agencies, the Counter-Terrorism Department (CTD) on Friday claimed to have arrested five alleged terrorists of banned outfit in Gujranwala. The CTD with the assistance of intelligence agencies foiled the efforts of terrorism and the intentions of country’s enemies. According to the CTD spokesperson, the arrested suspects were running media cell of banned organization which they had shifted to Gujranwala from Karachi in near past. He said that the suspects were planning to carry out an attack in the area, when they were arrested. However, the explosives, weapons, suicide jackets, laptop, printing machine and other material were recovered from their possession. The arrested were identified as media-expert Asim Akbar resident of Lahore, Abdullah Umair, Ahmed alias Qasim, Muhammad Yousuf and Muhammad Yaqoob. The case was registered against the alleged terrorists in the police station of Gujranwala. They have been shifted to an unknown place for further investigation into the matter.