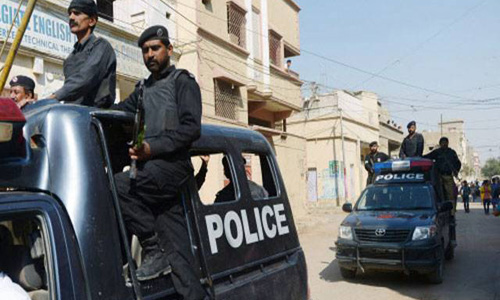 KARACHI (92 News) – Five terrorists belonging to a banned outfit were killed in an exchange of fire with the Counter-Terrorism Department in Khairabad, Orangi Town, on Monday. CTD SP Raja Umar Khatab said that a huge quantity of weapons and explosive material were recovered from the terrorists.