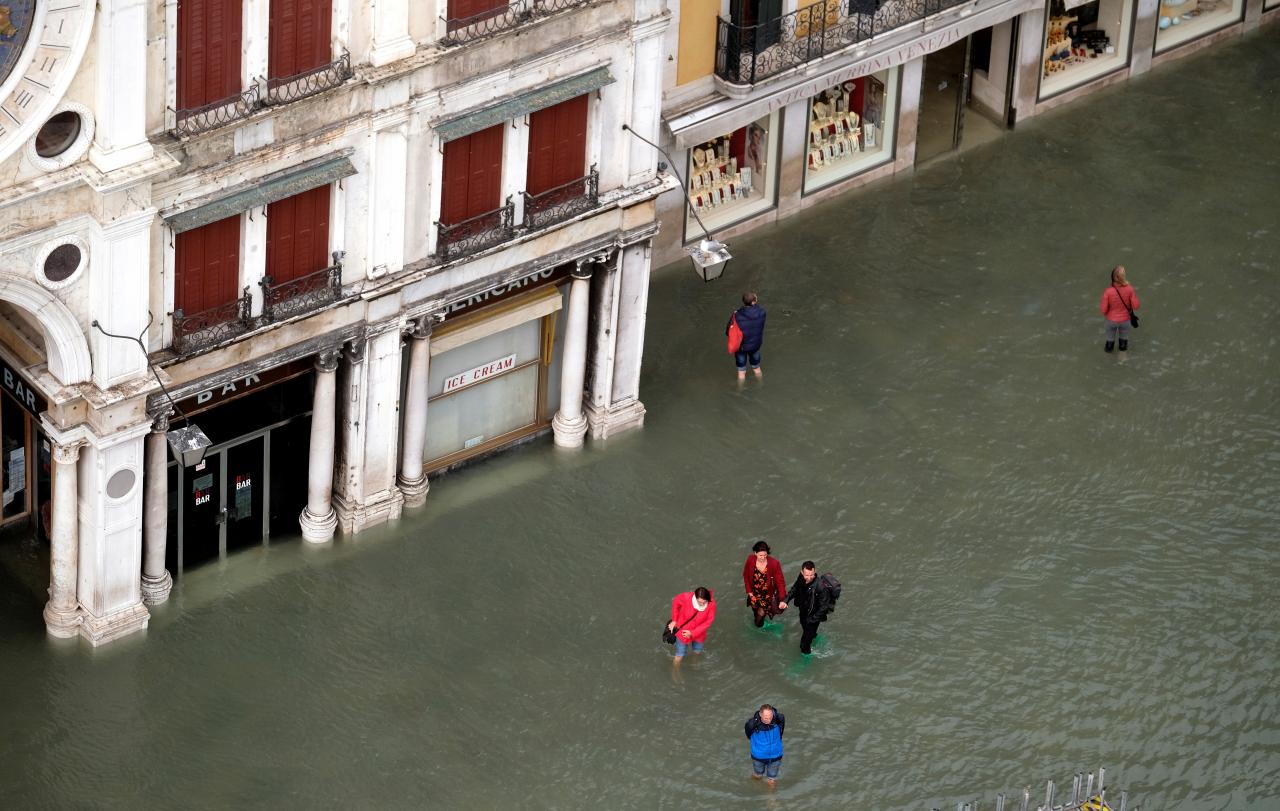 ROME (Reuters) - Five people died in Italy as gale-force winds brought trees crashing down and heavy rains left many rivers dangerously swollen, rescue services said. The national Civil Protection Agency issued multiple weather warnings as storms swept much of the country, with many local authorities shutting schools and urging people not to travel unless absolutely necessary. Two young people died south of Rome when a tree hit the car they were traveling in, while another person was killed and several injured in the nearby town of Terracina after howling winds brought down scores of slender, tall pine trees. “Stay at home. Do not go outside for any reason,” Terracina Mayor Nicola Procaccini told residents. A 21-year-old man was killed by a falling tree as he was walking in Naples and in the northern region of Liguria, and a woman died after being struck by debris blown off a building. Dozens of trees were reported uprooted across Rome and many parks and tourist sites were closed, including the Roman Forum and Colosseum. Further south, the ancient Roman city of Pompeii was shuttered because of the blustery conditions. At the other end of the country, authorities in the lagoon city of Venice barred access to the central St Mark’s Square, which was heavily flooded. Local authorities said the high tide hit a maximum of 156 centimeters (5.12 ft) in early afternoon - the fourth highest level ever recorded. City officials said that up to 75 percent of Venice was under water. With further bad weather forecast, dozens of towns and cities said they would keep their schools closed on Tuesday, including in Rome, Venice, Verona and Naples.