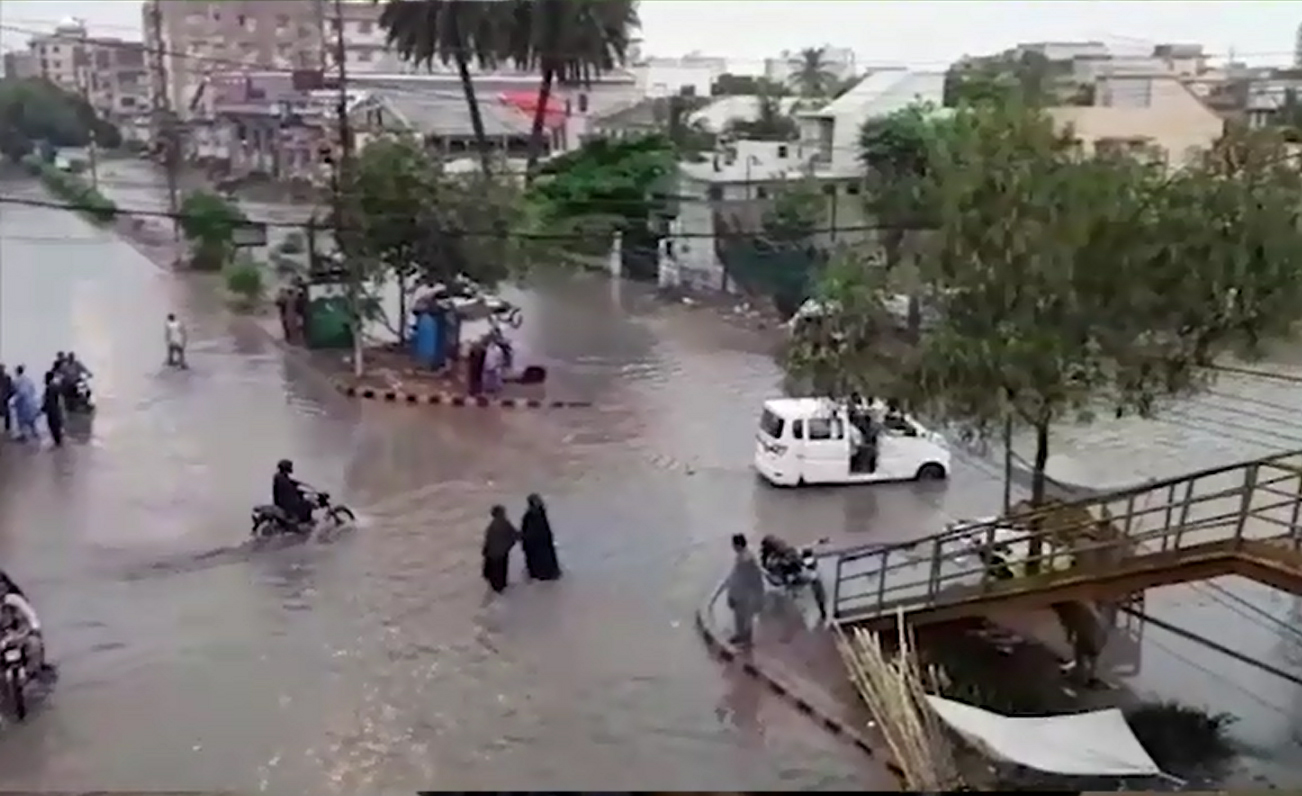 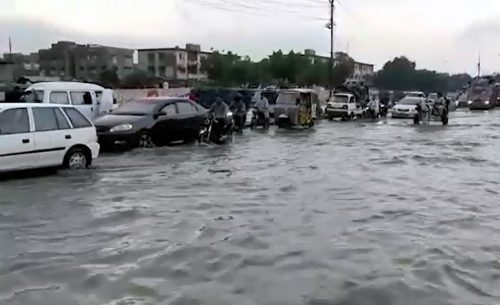 All the underpasses and roads were inundated after the rain, causing problems for the motorists and bikers. Long queues of vehicles could be seen on almost all roads. Rainwater entered residential areas due to the overflowing Gujjar Nullah. Rainwater accumulated at different places around the Sindh Assembly. Several areas remained without power for several hours after feeders tripped. 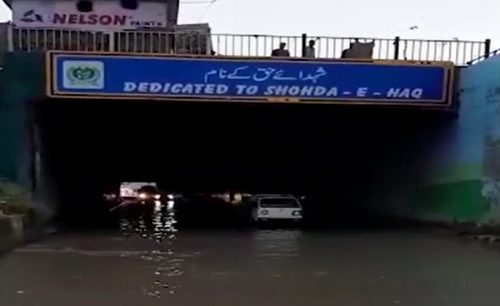 The rain continued with intervals in different areas, including Sarjani Town, Malir, Gulshan Hadeed, Gulshan Iqbal and Orangi Town. The heavy downpour brought a respite from hot and humid weather. The K-electric spokesperson said that power has been suspended in Korangi Crossing, Maripur, Defence and Gulshan. The staffers are facing difficulties in restoring the power supply in low-lying areas due to accumulated rainwater. 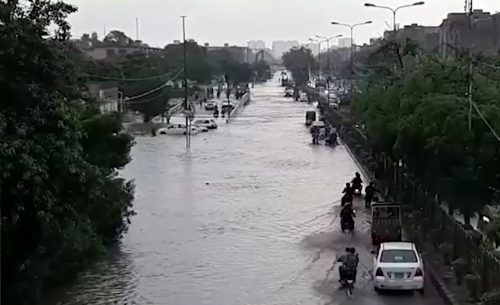