KARACHI (92 News) – Nine people were electrocuted in different incidents as heavy rain turned all streets into canals in several areas on Sunday. Rainwater entered houses in low-lying areas, including Defence, Malir, Landhi, Guddap Town, Liaquatabad, Nazimabad and Ittehad Town. The National Highway was closed up to Naatha Khan for traffic. 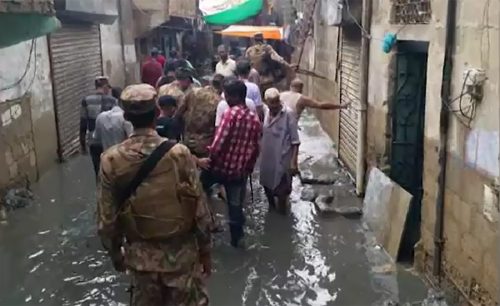 About four-feet water accumulated on Shahra-e-Faisal. Traffic was also disrupted after rainwater gathered in Ghareebad and Nazimabad underpasses. About 150mm rain was recorded in Sarjani, 148mm in Gulshan-e-Hadeed and 126mm in Airport. Life has been paralyzed due to the rain. All drains have swelled and cause a disaster anytime. People were rescued through the crane. Meanwhile, Sindh Chief Minister Syed Murad Ali Shah visited several rain-affected areas. 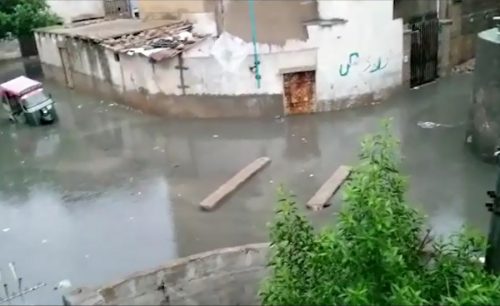 In Hyderabad, rainwater inundated low-lying areas. Power supply remained suspended for several hours and as a result, pumping stations also remained closed. In Khyber Pakhtunkhwa, the death toll due to rains and land slide rose to 12. In Mian Channu, hundreds acres of crops were destroyed due to a 25-30 foot crevice in the canal. 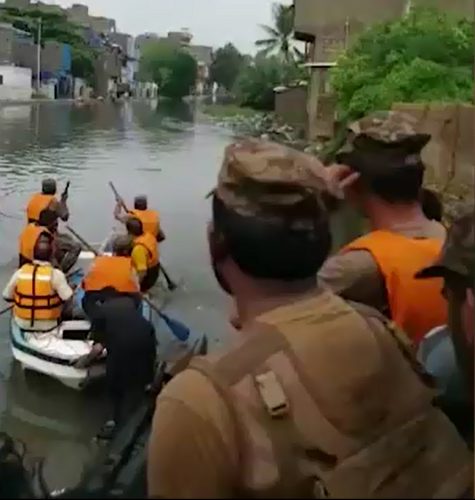 On the other hand, the railway system was disrupted due to heavy rains across Sindh. Several trains were delayed due to rains. Passengers at Cantonment Station are in a fix whether they will be able to celebrate Eid with their dear ones. “They said that they had been here throughout the night. The authorities are not telling anything about the schedule,” they said.