Five held in Bosnia with bomb destined for Swedish gang 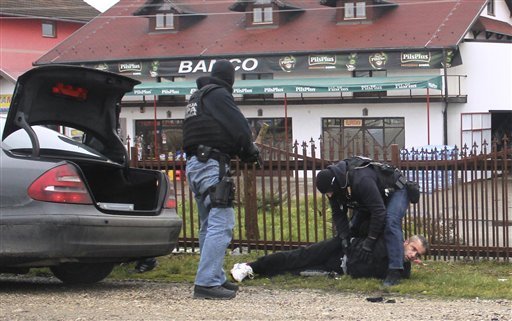 Five held in Bosnia with bomb destined for Swedish gang

SARAJEVO – Five people, including a Swede, have been arrested in Bosnia on suspicion of making a bomb, in an incident that Swedish police said was related to gang crime in southern Sweden. Bosnia's State Investigation and Protection Agency (SIPA) said on Friday that the arrests were part of an international operation conducted together with police in the Netherlands and Sweden. Swedish police spokesman Andreas Fahlen said the arrests were related to gang violence, adding: "This is not about terror." Three people were arrested while trying to cross the Bosnian border in their vehicle, in which they had hidden the explosive device, the Bosnian police said. Two others were arrested in the capital, Sarajevo. The Bosnian state news agency FENA said the first four people detained were all men. A spokesman for the state prosecutor's office said three were Bosnian citizens while one was a Swede of Arab origin. The Bosnian police said they had raided two locations in the Sarajevo area in search of evidence. –Reuters