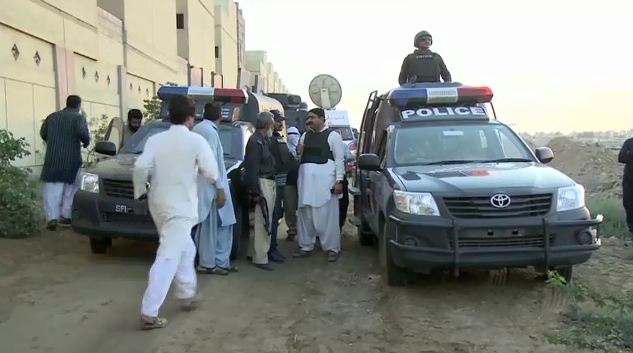 KARACHI (92 News) – At least three kidnappers were killed during a raid conducted in Karachi’s Ibrahim Haideri area on Friday. As per details, on a tip of, Special Investigation Unit (SIU) carried out an operation in Karachi’s Ibrahim Haideri area. During the operation, the hiding kidnappers opened firing at police party, in retaliation three kidnappers were killed on the spot, while the law enforcers recovered a factory owner, his wife and children abducted by the killed kidnappers. Police sources said that the kidnapper had demanded Rs 25 million for the release of the hostages.