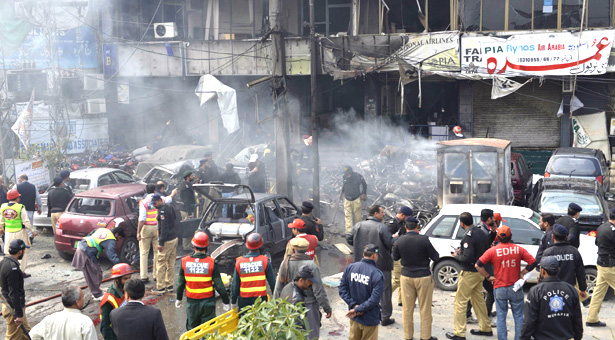 LAHORE (92 News) – Five people were killed and 27 others injured in a suicide attack outside Police Lines, Qila Gujjar Singh on Tuesday.

Talking to the media, IGP Punjab Mushtaq Sukhera said that 5-8 kilograms of explosive material had been used in the attack. “We had information about the attacks in several cities of Punjab.