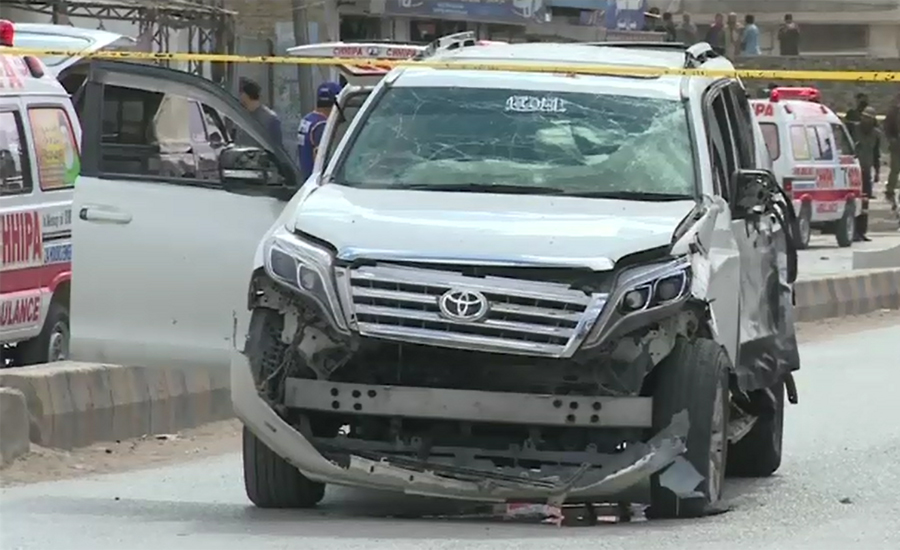 QUETTA (92 News) – Five people were martyred and 21 injured in a suicide blast on Sariab Road on Saturday. The blast occurred near a convoy of the Frontier Constabulary. Luckily the commandant was not present in the vehicle. Several vehicles were damaged in the blast. The security forces have arrested three suspects. Balochistan Home Minister Sarfraz Bugti said that the war will continue till the elimination of terrorists.