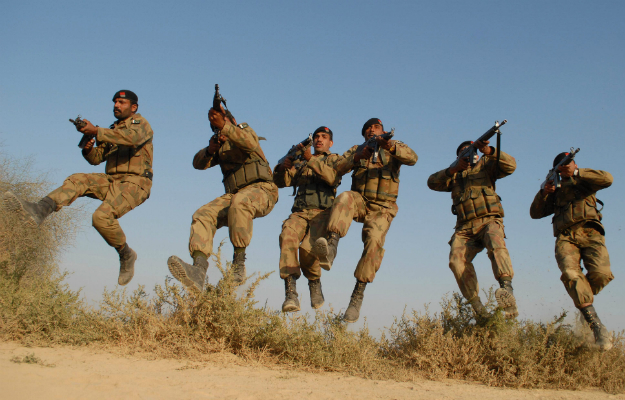 TIRAH (92 News) – As many as five militants were killed and three security officials injured in ground operations in the Nangrosa Sipah area on Sunday. According to ISPR, security agencies conducted a ground raid as part of the ongoing Khyber-II operation in Tirah Valley during which the militants clashed with the forces. The injured security personnel were shifted to the CMH Hospital in Peshawar.