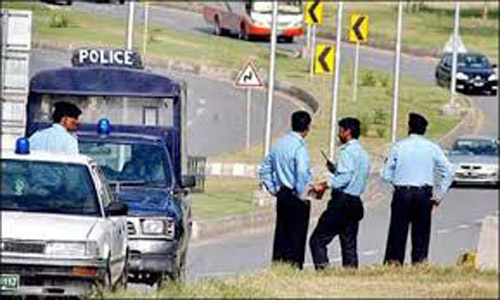 ISLAMABAD (92 News) – Police have recovered the bodies of five members of a family from a house at G 6/I on Saturday. According to police sources, Shahida Kausar had committed suicide after killing her husband Muhammad Farooq Khattak and daughters Rani, Aiza and Raheela. They said that her son Abdur Rafay was injured who had been shifted to hospital. The Islamabad IGP disclosed that the injured boy had recorded the preliminary statement and said that his parents used to quarrel with each other. “My father asked us to go for picnic in the morning and later he had an exchange of hot words with his mother. At this, my mother opened fire on us,” the IGP quoted boy as saying.