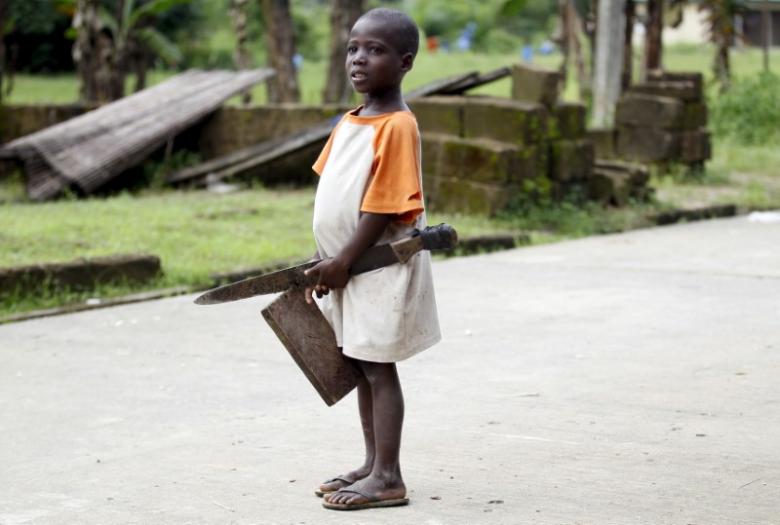 ROME - Five in six children under two years old in developing countries are not getting enough of the right kinds of food, putting them at risk of irreversible mental and physical damage, the UN children's agency UNICEF said on Friday. Half of children aged between six and 23 months are not being fed frequently enough, UNICEF said. And a widespread lack of solid foods and variety of ingredients are depriving the same age group of essential nutrients when their growing brains, bones and bodies need them the most, the agency said. Even in well-off families in developing countries, "far too many" infants and young children are missing out, the agency said in a report published ahead of World Food Day on Oct 16. "How can it be that in 2016 we still have so many children who are not getting enough nutrition (for) healthy growth?" France Begin, senior nutrition adviser at UNICEF in New York, said in a telephone interview. "The first two years of life ... is a window of opportunity you don't want to miss," she told the Thomson Reuters Foundation. Improving the quality and quantity of mealtimes for young children could save 100,000 lives a year, reduce health costs and improve productivity in adult life, the UN agency said. Meal rates are lowest in South Asia and sub-Saharan Africa where stunting rates are highest - meaning that children's heights are low compared to their age. Less than one third of infants and young children in developing countries are fed enough of a variety of foods, leaving the majority at risk of undernutrition, the report said. Another concern is that a third of children are not being given solid foods at the recommended age of six months, the agency said. In 2000, the proportion was half of children that age. Junk food high in fat, sugar and salt but low in micronutrients and protein, are becoming more common in children's diets in both rich and poor countries, Begin said. Studies in Senegal, Nepal, Tanzania and Cambodia found a large number of children eating unhealthy snacks, mainly in towns and cities but also in rural areas, she said. The foods are heavily promoted by companies in many countries, and parents do not necessarily know they are unhealthy for their children, Begin said. "My concern is that already children don't have enough nutrients in their diet to grow adequately, so if you replace good foods (they do receive) with foods that only provide fat and sugar ... you are not giving a chance at all to the child," she said. -Reuters