Five-star Kuldeep takes his chance to shine in Sydney 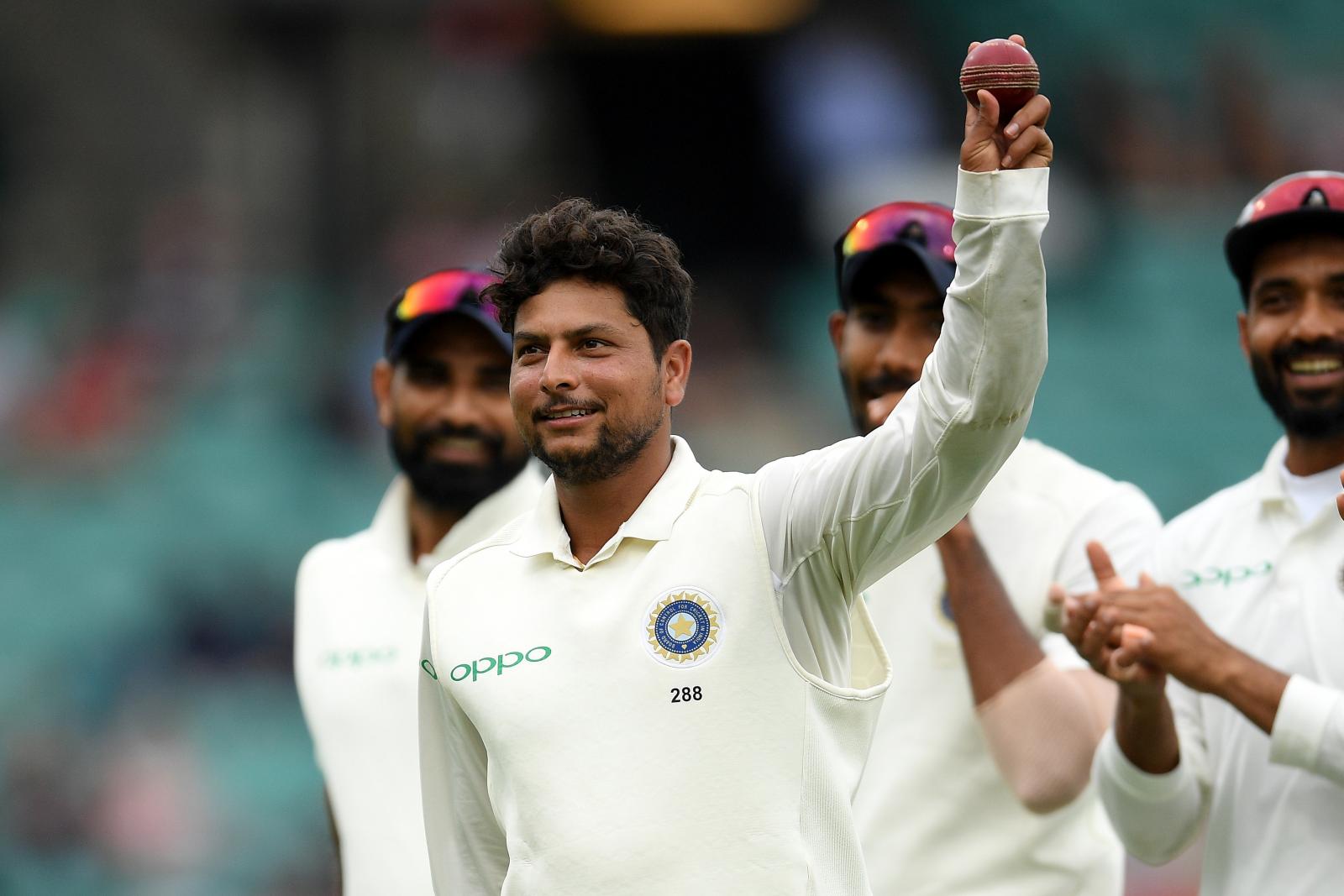 Five-star Kuldeep takes his chance to shine in Sydney

SYDNEY (Reuters) - India’s disciplined unit of fast bowlers have been instrumental in the success of the tour of Australia but, with their maiden series triumph Down Under all but secured, it was spinner Kuldeep Yadav who grabbed the spotlight on Sunday. The left-arm wrist spinner’s five for 99 helped the tourists dismiss Australia for 300 before enforcing the follow-on on the rain-disrupted fourth day of a fourth Test they only need to draw to take the series. Kuldeep happily admits to being India’s third-string spinner behind the injured Ravichandran Ashwin and Ravindra Jadeja but, according to bowling coach Bharat Arun, the 24-year-old brings something very special to the team. “Kuldeep is a very, very skilful bowler as he’s proved in one-dayers, he’s probably the number one bowler in the one-day format,” the coach said. “He’s unique in the fact that there are very few chinaman (left-arm unorthodox spin) bowlers in the world. He’s also able to bring in the googly. “There’s also his ability to use the crease. He can bowl over and round (the wicket) and also from wideout. That gives him a lot more variety and there’s a lot more to come from him.” Kuldeep took 4-91 on his Test debut against Australia in Dharamsala in March 2017, but had only five more outings until this week in Sydney. Those included his maiden five-wicket haul against West Indies in Rajkot last October, but also the disappointment of a wicketless match against England at Lord’s. “He’s young, he will learn, he didn’t have a great outing in England, so this Test match will give him a lot of confidence,” Arun added. “Considering he’s a spinner at his age, he’s got a lot more cricket in him.” Arun said India’s bowlers had drawn lessons from the lost series in South Africa and England last year to adapt their approach to the tour of Australia. “We drew on all those experiences and said that to be successful in Australia, we need to take the cut and pull away from the Australian batsmen and focus on our strengths,” he said. “That’s exactly what we did.” Australia batsman Peter Handscomb said the Indians had executed their plan to perfection. “I’ve had one cut shot all series and it went straight to second slip,” he admitted ruefully. “They haven’t missed their mark. You can talk about bowling plans as much as you want but they’ve executed top of off stump, which is Test cricket. And they’ve just repeated, repeated, repeated.”