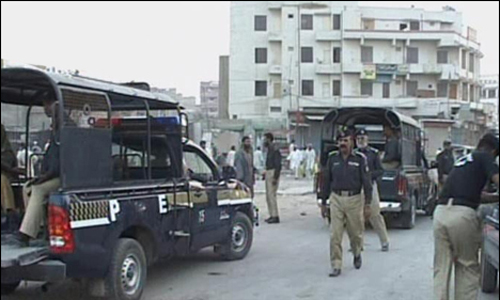 KARACHI (92 News) – The police arrested five terrorists from Jamshoro and recovered a huge quantity of weapons, including hand grenades and bomb-making chemical from them. A spokesman for the police said that the terrorists were planning large-scale saboteur activities across Sindh. He said that hand grenades, Kalashnikovs, pistols and bomb-making chemical were recovered from the terrorists who have been shifted to an unknown place for interrogation.