KARACHI (92 News) – Additional Inspector general of Karachi Dr Amir Shaikh on Friday confirmed that five facilitator, who involved in Chinese Consulate attack in Karachi, have been arrested. Addressing a press conference, the Karachi police chief said that the attack was planned in Afghanistan and Quetta, however; five terrorists involved in the attack have been arrested. He also mentioned that only one suspect remains to be arrested. Dr Amir Shaikh said that terrorists belonging to the banned Balochistan Liberation Army (BLA) were involved in the attack. He asserted that the purpose behind the attack was to create a rift between Pakistan and China and sabotage the China-Pakistan Economic Corridor. “Weapons for the attack were brought from Balochistan through train and kept in Baldia Town. The suspects stayed at a residence in Baldia Town belonging to a man named Arif,” the additional IG further said. “They conducted a recce of the Chinese consulate for four months,” he added. Earlier today, police said they have completed the probe into the attack on the Chinese consulate in the metropolis’ Clifton area in November last year.

It is worth mentioning here that the attack on the Chinese consulate in the metropolis’ Clifton area in November last year.

On November 23 last year, security forces foiled a terrorist attack on Chinese Consulate in Karachi, killing three terrorists while two policemen and as many citizens embraced martyrdom. According to the ISPR, Chief of Army Staff General Qamar Javed Bajwa has lauded the great sacrifice of policemen who embraced martyrdom while fighting against terrorists. 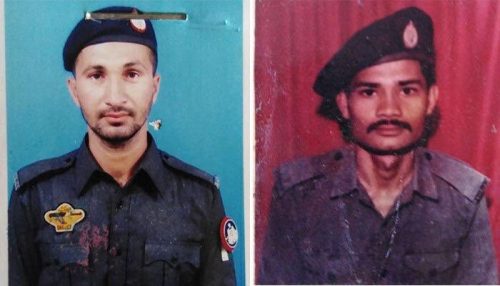 “Pakistan Rangers Sindh, Police and other LEAs responded with professional excellence. We stay determined to root out terrorism and militancy from our motherland,” he said. Meanwhile, security agencies have identified the killed terrorists as Razaq of Kharan, a former employee of the Balochistan government, Azal Khan Mari alias Sangat Dada and Raees Baloch. Three people, including alleged owner of the vehicle used by terrorists, have also been arrested.