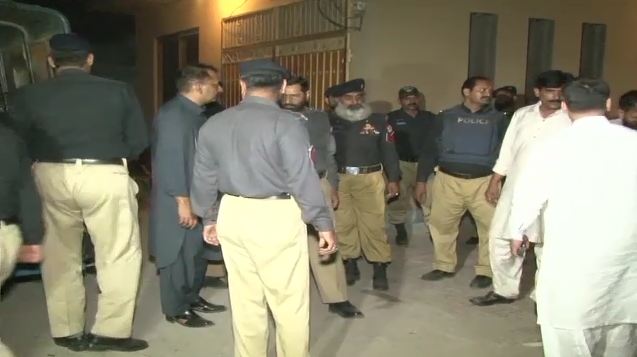 LAHORE (92 News) – At least five terrorists were killed during an operation conducted in Lahore’s Raiwind Road area on Wednesday. As per details, on a tip off the presence of terrorists in the area, Counter-Terrorism Department (CTD) and police carried out a joint operation in Lahore’s Raiwind Road area and killed five terrorists. The law enforcers also recovered 10 hand grenades, 3 Kalashnikovs and 2 pistols from the possession of terrorists. Police officials said that the terrorists could be involved in suicide blast in provincial capital’s crowded Gulshan-e-Iqbal park which left more than 70 dead and above 300 injured. The terrorists were identified as Nasir, resident of Sharqpur, Khan Waheed, resident of Peshawar, and Junaid, resident of Abbotabad, while two terrorists could not be identified.