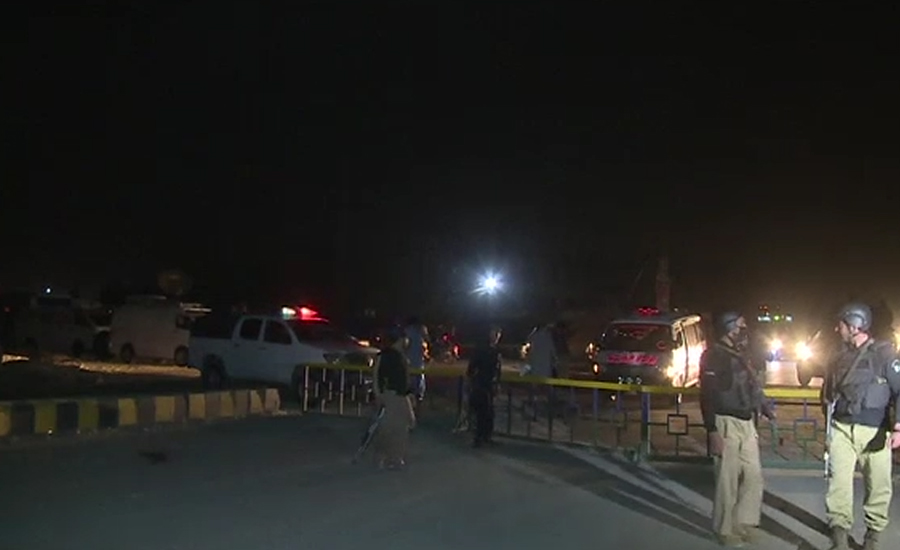 QUETTA (92 News) – Security forces foiled a terrorist attempt to attack FC Help Centre Quetta on Thursday. According to the ISPR, an explosive and ammunition laden vehicle with five terrorists tried to enter the centre, but vigilant FC soldiers fired at terrorists and stopped their entry. All terrorists were killed in the firing. All terrorists were apparently Afghani. The failed terrorists attempt was a response to killing of their key terrorists last night in Kili Almas. Security forces are clearing the area and situation is under control. Meanwhile, four FC soldiers were injured in an exchange of fire.