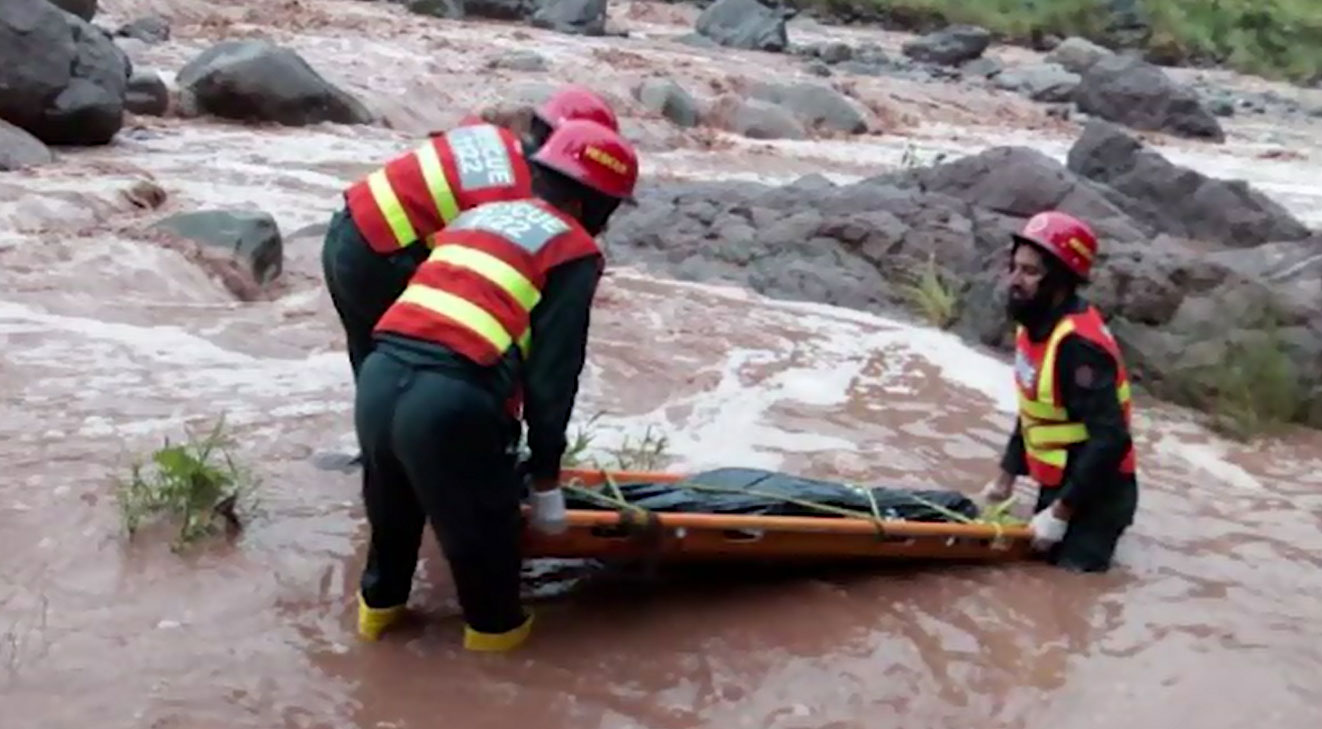 MURREE (92 News) – At least five tourists lost their lives after they drowned in a rain drain drain at Murree’s Malach Expressway on Friday. According to the details, twelve people fell in rain drain but five persons rescued. The rescue team has recued four tourists have been rescued and five dead bodies have been recovered from the drain while search operation is underway for others. The tourist belonged to Rawalpindi and were returning back after attending Baba Lal Shah’s Urs. The incident took place when the devotees were passing through the Express way.