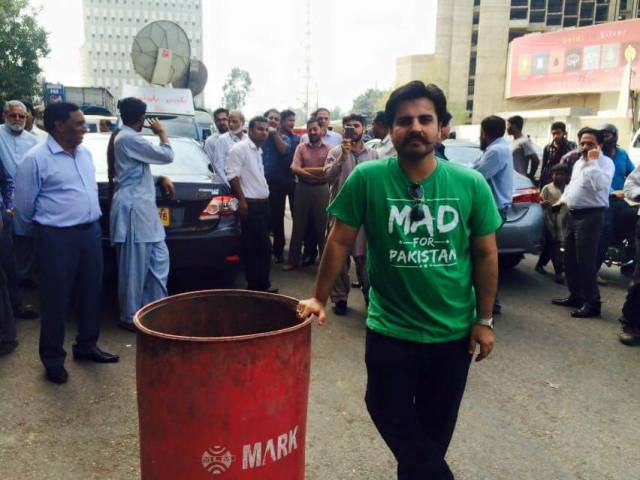 KARACHI (92 News) – A civil court in Karachi has on Friday indicted #FixIt campaigner Alamgir Khan in a case related to punishment for wrongful restraint. #FixIt campaigner Alamgir Khan appeared before the court, during which the court indicted him in a case related to punishment for wrongful restraint. The accused pleaded not guilty of the charges after which the court has summoned the prosecution witnesses in the next hearing. Alamgir, who started the #FixIt campaign in January this year by spray painting the provincial chief’s face next to open manholes and garbage piles, was arrested in February. Alamgir was on his way to CM House to create a garbage dump outside the premises when he was apprehended along with the driver of the tractor he was on.