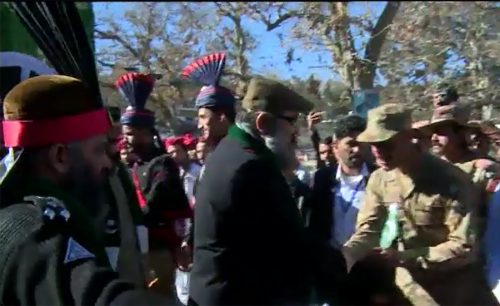 Children presented the salute by singing the national songs. During the ceremony, flags of Pakistan and Kashmir continued to hoist. Addressing the ceremony, IG FC Maj Gen Fayyaz Hussain Shah said that the day reminds the nation of its great leader. “Economic and border injustices were done with Pakistan since the independence,” he said. 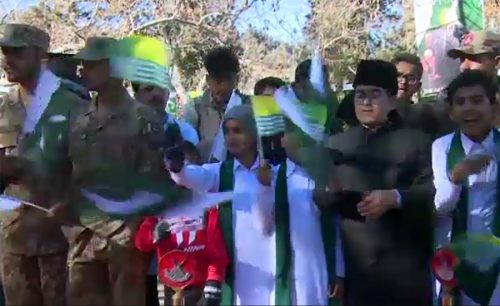 He said that enemies did not accept the entity of Pakistan and continued to hatch conspiracies. “Innocent children were targeted under the cover of terrorism. Today peace prevails in Balochistan due to sacrifices of the security forces,” he maintained. 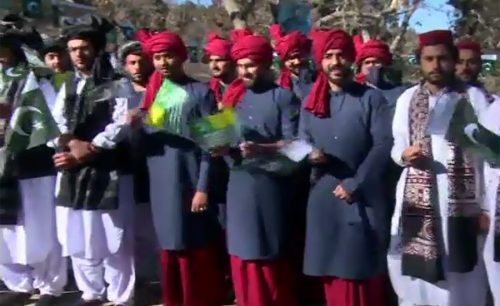 The IG FC said that Indian discriminatory treatment of the Kashmiris has proved that the two-nation theory was right. “We will never the Kashmiris alone and face each challenge,” he said.