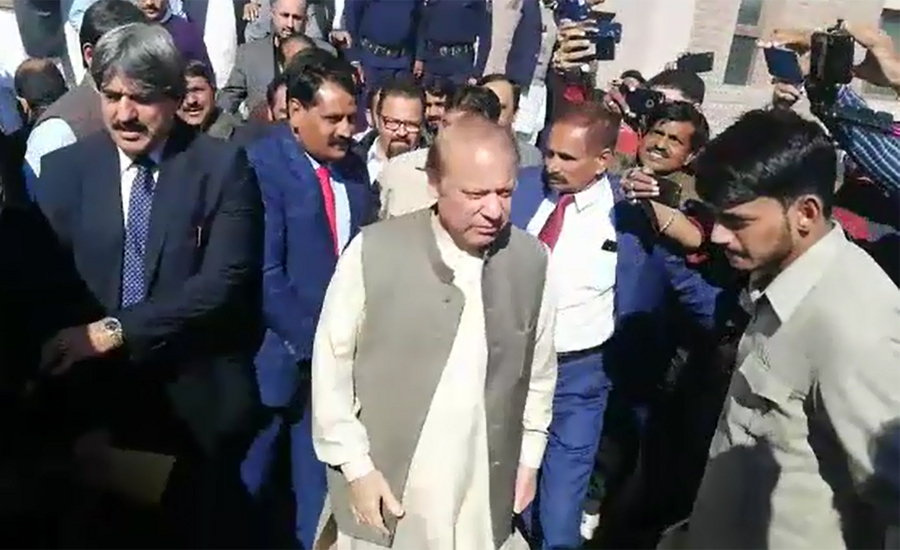 ISLAMABAD (92 News) – Former prime minister Nawaz Sharif on Thursday excused from presenting his defence in Flagship Investment corruption reference while concluding his testimony before the trial court. Accountability Court-II Judge Arshad Malik heard corruption reference against Sharif family. The former premier appeared before court to record his statement. During the recording his statement, Nawaz said he had no need to present his defence as the prosecution couldn’t prove its allegation against him. He said that his business and family was politicized. During hearing, the deposed prime minister also presented some details of his family assets. It is pertinent to mention here that previously, the accused also did not present his defense in other two references including Avenfeild property and Al-Azizia case. On the other side, Nawaz Counsel Khawaja Haris in his final arguments said that after the statement of Qatri Prince Hammad Bin Jassim the Qatri letter do not term as merely story. He also said that the JIT should write to call him for personal appearance after testify the letters. Khawaja Haris also argued that the reply letter from the JIT was not as per moral traditions, asking that what was the difficulty for sending a questionnaire to Hamad bin Jassim? “It does not seem to be from his letters that he was not ready to give his statement,” he argued. Haris also clarified that the matter of leaking image of Hussain Nawaz also in front of him and may he think why he should has to come to there. However the final arguments of Khawaja Haris was not completed till evening and the hearing was adjourned till tomorrow.