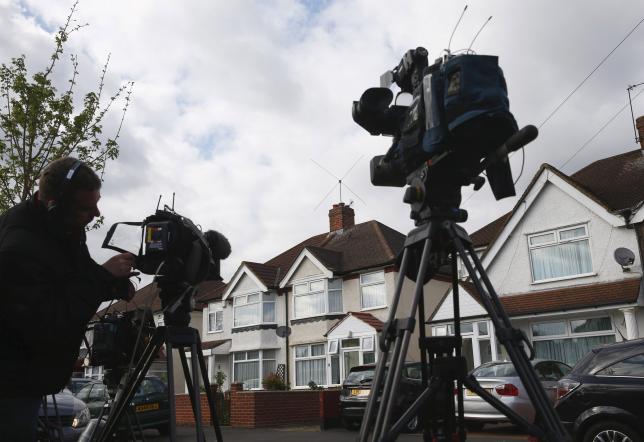 NEW YORK - The market manipulation case against the British day trader US authorities say helped spur the May 2010 "flash crash" may be the most high-profile to date, but the type of activity he is accused of is actually quite common, market participants say. Navinder Singh Sarao was charged on Tuesday with allegedly using a computer trading program to generate large sell orders that pushed down prices. He then canceled those trades and bought the contracts at the lower prices, reaping a roughly $40 million profit on his trading, US authorities said. The practice, known as "spoofing," is difficult for regulators to detect because it can appear very similar to legitimate trading strategies, said Eric Noll, chief executive of agency broker Convergex in New York. Brokers routinely use algorithms that place large volumes of orders at near light speed, hoping to hit advantageous prices, but then cancel the bulk of those orders when prices move. An average broker-dealer cancels between five and 30 orders for every trade completed, while electronic market makers may cancel closer to 100 trades per order completed, said Noll. Broker-dealers cancel many more orders than they fill to provide their customers with the best possible price at the time the customer wishes to buy. If there's no customer demand for those orders, the broker-dealer cancels them. Electronic market makers place large amounts of buy and sell orders to make it easier for traders to complete trades, profiting off the spread between the buy and sell price. If the price moves, market makers cancel the orders and make new ones to allow them to offer tight bid-ask spreads while still making a profit. The difference is that a spoofer has no intention of completing the trades at the prices posted. "The shady stuff goes on every day and at all hours where people put out big tickets without any intention of filling but with the intention of influencing the price up or down, a lot in crude oil," said Evan McDaniel, manager at IV Trading Group in Chicago, adding that enforcement appears to be selective. The issue for regulators is that proving that a trader had no intention of completing a trade can be difficult and resource-intensive, said a former senior regulator who was not cleared to speak to the media. Pattern recognition software used by exchanges and regulators to spot market manipulation is getting more sophisticated, but so are spoofers, many of whom use one broker to put in one side of a trade and then another broker for the other side, making their activities harder to detect, said Noll. When regulators are able to prove that spoofing has occurred, they generally issue fines, which may not be enough to deter traders who think they can make enough profits to make the practice worthwhile, said the former senior regulator. Regulators have charged a raft of firms with spoofing and other types of market manipulation over the past several years, but the DOJ's case against Sarao is only the second criminal case against spoofing. In November, the US Commodity Futures Trading Commission pressed CME Group, the world's largest futures market operator, to continue to develop strategies to detect the practice. Sarao's activities, according to the DOJ's complaint, took place on more volatile days for the markets when order cancellations are more common. The median trading volume for S&P 500 E-mini futures contracts on the 11 days between April 2010 and August 2011 noted in the complaint was more than 3.25 million contracts, compared with a median of about 2 million contracts for that entire time period. He was also trading in the futures market, which tends to be easier to manipulate than the equities market, said Irene Aldridge, managing director at ABLE Alpha Trading, which develops trading strategies, as well as technology to detect spoofing. The order book at the CME, where the alleged manipulation took place, was level based, only showing the price and aggregate size of orders at each price level. Equities markets show each individual order that is entered and canceled. For some traders, a level-based feed obscures how long a particular order is in the market because it's mixed in with other orders at the same price. Others believe the ability to disguise an order is marginal, though they said an order-based data feed provides a better audit trail. "It would be somewhat easier to mask your orders in a level book, but not that much easier," said Manoj Narang, founder and former chief executive of high-frequency trading firm Tradeworx. - Reuters