CHITRAL (92 News) – At least 31 people including women and children were killed and many others missing due to heavy rain and flash flood in Chitral on Sunday. The flood washed away a mosque and several houses, however, Pakistan Army and Chitral Levies have launched relief activities in the affected areas. District Nazim Chitral Maghfirat Shah said that the death toll may increase in Urshoon village of Chitral district, located in the country's northwest Khyber Pakhtunkhwa province. The mayor said that the rescue teams are facing problems due to heavy rains, which have been lashing the district since last night. The Provincial Disaster Management Authority (PDMA) and District Administration have launched relief activities. 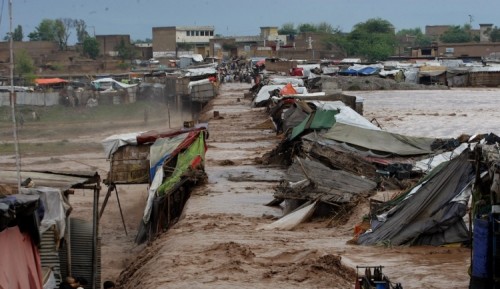