Flattering to be compared to Virat Kohli: Babar Azam

Flattering to be compared to Virat Kohli: Babar Azam

DUBAI (92 News) - Babar Azam, the Pakistan top-order batsman, said it was "flattering" to be compared to Virat Kohli, the India captain, and hoped to be more like him in time.

Azam, 24, has made quite a splash in his international career, which is just over a hundred matches old. He's ranked No.1 on the MRF Tyres ICC T20I Rankings for batsmen. He averages over 50 in one-day internationals and Twenty20 Internationals, and while his Test average is a more modest 35.28, he has still earned comparisons with Kohli, who started slow in Tests as well, but is now the No.1 batsman in Tests and ODIs on the MRF Tyres ICC Rankings. 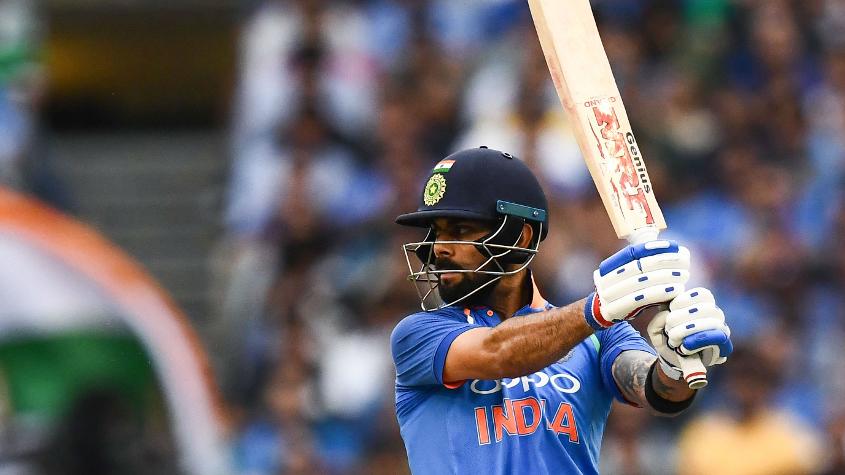 Virat Kohli averages well over fifty in Tests and ODIs, and is closing in on 20,000 international runs
"It’s flattering to be compared to Kohli," Azam said. "He is very consistent, and his mindset is very good. He gives 100 per cent every time he walks out to bat. I am at the start of my career, so the aim is to be like him, and be the epitome of performance in each of Pakistan's wins." Azam has started living up to his potential in the longest format. Since the start of 2018, he is the highest run-getter for Pakistan in Tests. with 760 runs at an average of 50.66. But he isn't satiated.

Their 157-run stand against Multan Sultans is the highest in PSL history, and eclipses the 153 put on by Shane Watson and Sharjeel Khan for Islamabad United in 2016. Details ⬇️https://t.co/kpOf8KuZCg pic.twitter.com/jQAQKevlss — ICC (@ICC) February 16, 2019

"I keep learning from my mistakes and I take advice from my seniors Azhar Ali and Asad Shafiq, because I want to be better and better in Test cricket," he said. "[Test cricket] is the test of skill, patience and fitness of a player. The aim is to be the best for Pakistan across all formats." Mickey Arthur, the Pakistan coach, has backed the right-hand batsman to achieve great things. Despite Azam's impressive recent performances, Arthur has repeatedly maintained that the world is yet to see the best of him.

"He will be in the top five (batsmen) of the world very soon across all formats," Arthur said. "I thought I was a bit quick off the gun when I said two years ago that he would be almost as good as Kohli, but it has taken him a while to show that class. "But if you watched him in the nets couple of years ago, he was a young boy who has developed into a young man, he’s got stronger and fitter, and his game gets better and better all the time."