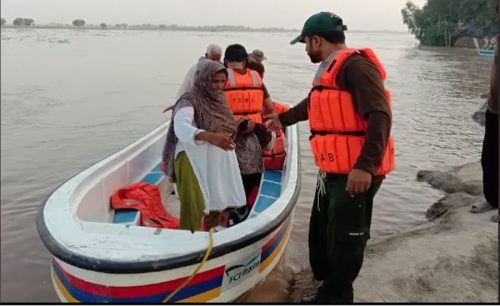 More than 300 villages also submerged in district Dadu after flood waves in Indus River. Corps Commander Lahore Lt Gen Majid Ahsaan visited flood-affected areas of Lahore, Kasur and Head Sulemanki and reviewed rescue operations being conducted by Pakistan Army. According to the Inter-Services Public Relations (ISPR), Pakistan Army is fully assisting local administration in rescue and relief operations in flood-affected areas. India had discharged hundreds of thousands of cusecs of water in Rivers Sutlej and Chenab to flow to Pakistan without official intimation.