Flu vaccine may help keep diabetics out of the hospita 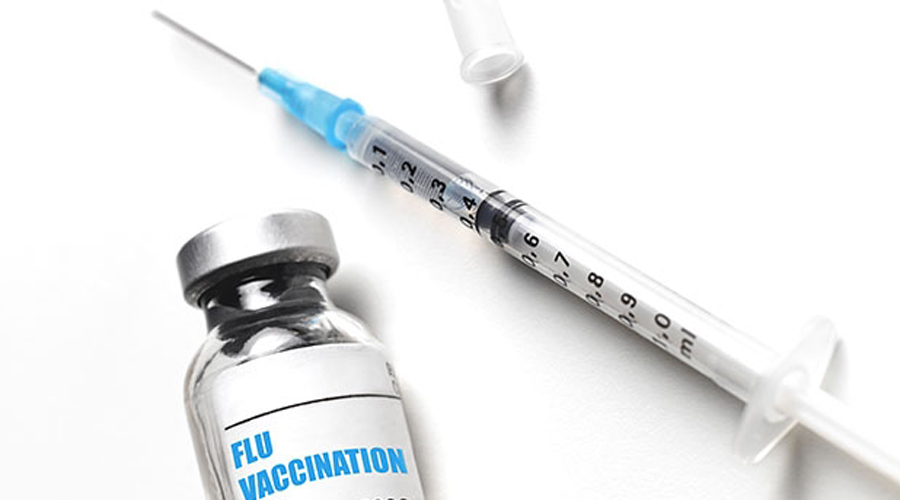 Flu vaccine may help keep diabetics out of the hospita

LONDON – People with diabetes who get the flu vaccine may be less likely to wind up hospitalized for cardiovascular or respiratory problems, a recent study suggests. “The potential impact of influenza vaccine to reduce serious illness and death highlight the importance to renew efforts to ensure that people with diabetes receive the flu vaccine every year,” said lead study author Dr. Eszter Vamos, a public health researcher at Imperial College London. Vamos and colleagues examined seven years of data on almost 125,000 people in England with type 2 diabetes, which is associated with aging and obesity and accounts for most cases of the disease. Vaccination was associated with a 30 percent lower hospital admission rates for stroke, 22 percent lower rates for heart failure, and 15 percent lower rates for pneumonia or influenza, researchers report in CMAJ. “Research shows that in addition to severe chest infections, flu may also lead to heart attacks and strokes,” Vamos said. “Most severe influenza complications occur in the elderly and people who suffer from long-term conditions such as diabetes, heart disease and asthma,” she added by email. To understand how flu vaccines may influence the odds of hospitalization and death for diabetics, researchers examined data on patients’ age, weight, smoking status and gender and looked at whether patients had a diagnosis or prescription for conditions for a variety of other medical conditions. They looked at records both during the flu season and during summer months when influenza cases were less common. Patients who got the flu vaccine had 24 percent lower death rates from all causes during the study period. They also had lower rates of hospitalization for heart attack, but the difference wasn’t big enough to rule out the possibility that it was due to chance. One limitation of the study is that researchers weren’t able to assess the possibility that some people had undiagnosed diabetes, the authors note. It’s also possible that people who get vaccinated are healthier in other ways than people who skip their annual flu vaccine, the authors also point out. Even so, the findings highlight the benefits of vaccination, said Dr. Laura Rosella, a public health researcher at the University of Toronto who wasn’t involved in the study. “It is well known that people with chronic conditions, including cardiovascular disease, are more likely to suffer complications from the flu,” Rosella said by email. “For this reason,” Rosella added, “the best protection among people with chronic conditions is preventing the flu in the first place, which can be achieved by receiving the influenza vaccine.”