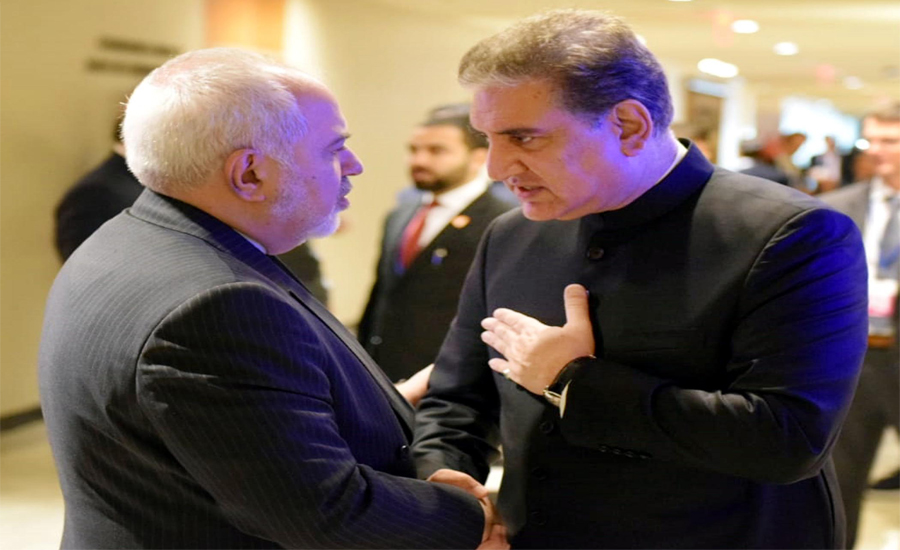 ISLAMABAD (92 News) – Foreign Minister Shah Mahmood Qureshi again called on Iranian counterpart Mohamad Javad Zarif on Saturday. They discussed the matters of mutual interest, including regional situation. Both foreign ministers agreed to continue consultations for establishing peace in the region. Earlier talking exclusively to 92 News on Friday, Foreign Minister Shah Mahmood Qureshi said that the United Nations would not be able to remain a silent spectator in case of ‘bloodbath’ in Indian Occupied Jammu and Kashmir (IOJ&K). He said that Alice Wells had issued a statement regarding lifting of the curfew in Kashmir. “Had the world not impressed there would have not been the statement of Alice Wells,” he said. The foreign minister said that Pakistan wants to give the message that the world cannot remain non-committal. “A clear message of the Organization of Islamic Countries (OIC) has come. India seems to be in a defending position,” he said. Foreign Minister Shah Mahmood Qureshi said that the countries having sympathies with India are also advising it to review its decisions. “The speech of Prime Minister Imran Khan is the record of the United Nations. The objective of launching a joint TV channel is to show the world our narrative and a true face of Islam,” he said.