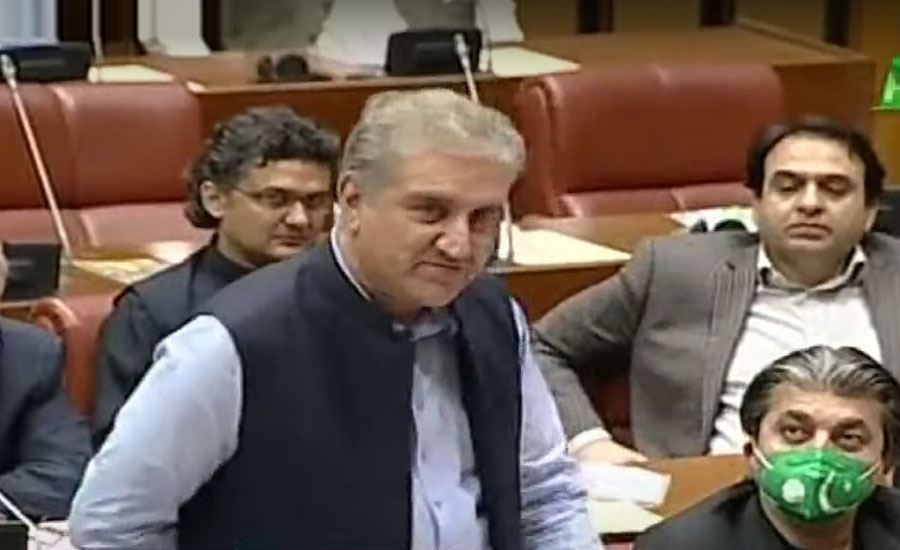 Speaking in Tuesday’s Senate session, FM Qureshi said that news of US bases in Pakistan is baseless. "Drone strikes had been taking place in Pakistan. What was published in WikiLeaks will no longer exist now. Pakistan is in safe hands today," he added.

He further maintained that he had won the Palestinian issue rightly. "The President of the General Assembly is coming to Islamabad on May 27," he said.

“I call upon the nation to bear witness that under Imran Khan, there will be no American base on Pakistani soil. This is a clear policy of our government, Pakistan is in safe hands”, he said.

Peace in Middle East not possible without resolving Palestine issue

FM Qureshi has said durable peace in the Middle East is not possible without resolving the Palestine issue.

He stressed the need for evolving international consensus to formulate a comprehensive strategy to solve the Palestine issue. He said Pakistan played a vital role in achieving a ceasefire in Gaza to protect precious human lives of the Palestinian people.

The minister said the cabinet has approved to send humanitarian assistance to help our Palestinian brethren.

Withdrawal of US troops from Afghanistan

Regarding withdrawal of US troops from Afghanistan, he said Pakistan has consistently been saying that there should be a responsible and orderly withdrawal to avoid any security vacuum. He said Pakistan is part of solution and not the part of problem and the world has acknowledged this now. He said Pakistan will continue playing its positive role in facilitating the Afghan Peace Process.