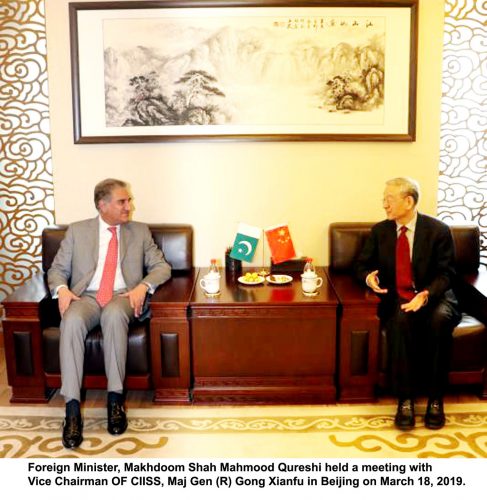 He said Pakistan desires a strong economic partnership with China. The foreign minister said that Pakistan will also benefit from the Chinese experience in poverty alleviation and eradication of corruption. 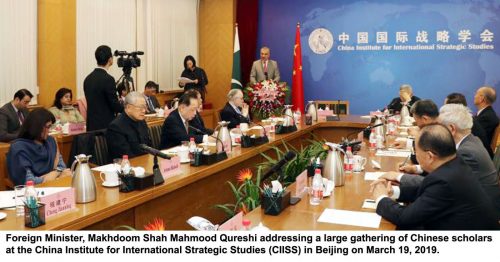 Earlier on Monday, Foreign Minister Shah Mehmood Qureshi reached Beijing on a three-day visit to China. At the airport, he was received by Chinese Ambassador to Pakistan Yao Jing, Pakistani Ambassador in Beijing Masood Khalid and senior officials of the Pakistani embassy.

Earlier, Foreign Minister Shah Mahmood Qureshi has said that India did not respond positively to Pakistan’s efforts for peace. Addressing the Business Leaders Summit in Islamabad on Wednesday, he said that the situation is still tense on the eastern and western borders of Pakistan. He said that the objective of the PTI government is not to make properties and accounts abroad. “We are hopeful of overcoming the economic challenge,” he said. The minister said that the topmost priority of Pakistan Tehreek-e-Insaf government is to revitalize the national economy. “When Prime Minister Imran Khan assumed the power six months ago, he inherited a lot of challenges, including corruption, flight of capital, and other socio-economic ills, which had to be overcome.” He said that the PTI economic team, under the leadership of Finance Minister Asad Umar, has taken many steps for economic uplift of the country during the first six months of the government. “The PTI has been elected on the agenda of change and the people will see change by the end of the tenure of the present government.” The minister said that the government is taking steps to create investment opportunities in the country and these steps have already paid the dividends. “The United Arab Emirates (UAE) is taking keen interest in making investment in different sectors in Pakistan while Qatar also plans to invest in the country's food processing industry,” he said.