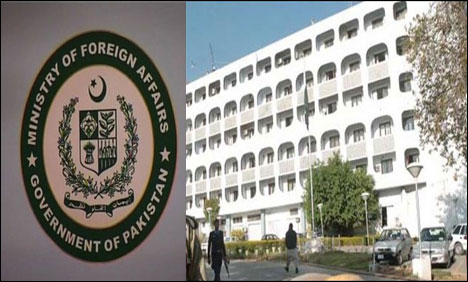 ISLAMABAD (92 News) – Indian Deputy High Commissioner JP Singh was summoned to Foreign Office on Friday and a protest was lodged against decision of the Indian National Investigation Agency (INIA) not to contest the bail granted to Swami Aseemanand, mastermind of the Samjhauta Express tragedy, on Special Leave Permission. He was told that Pakistan has serious reservations on the efficiency of the court in processing and disposal of cases regarding terrorism, especially those involving deaths of Pakistani citizens. Samjhauta Express one of the two active rail links between Pakistan and India was bombed in February, 2007. No action has been taken by the Indian authorities against the mastermind and perpetrator of this dastardly attack. The Indian high commissioner was told that Pakistan expects India to take steps to bring to justice all those involved in the heinous act of terrorism on the Samjhauta Express in which 42 Pakistani innocent citizens lost their lives.