Focussed on December 11 Brexit vote, not alternatives: Theresa May 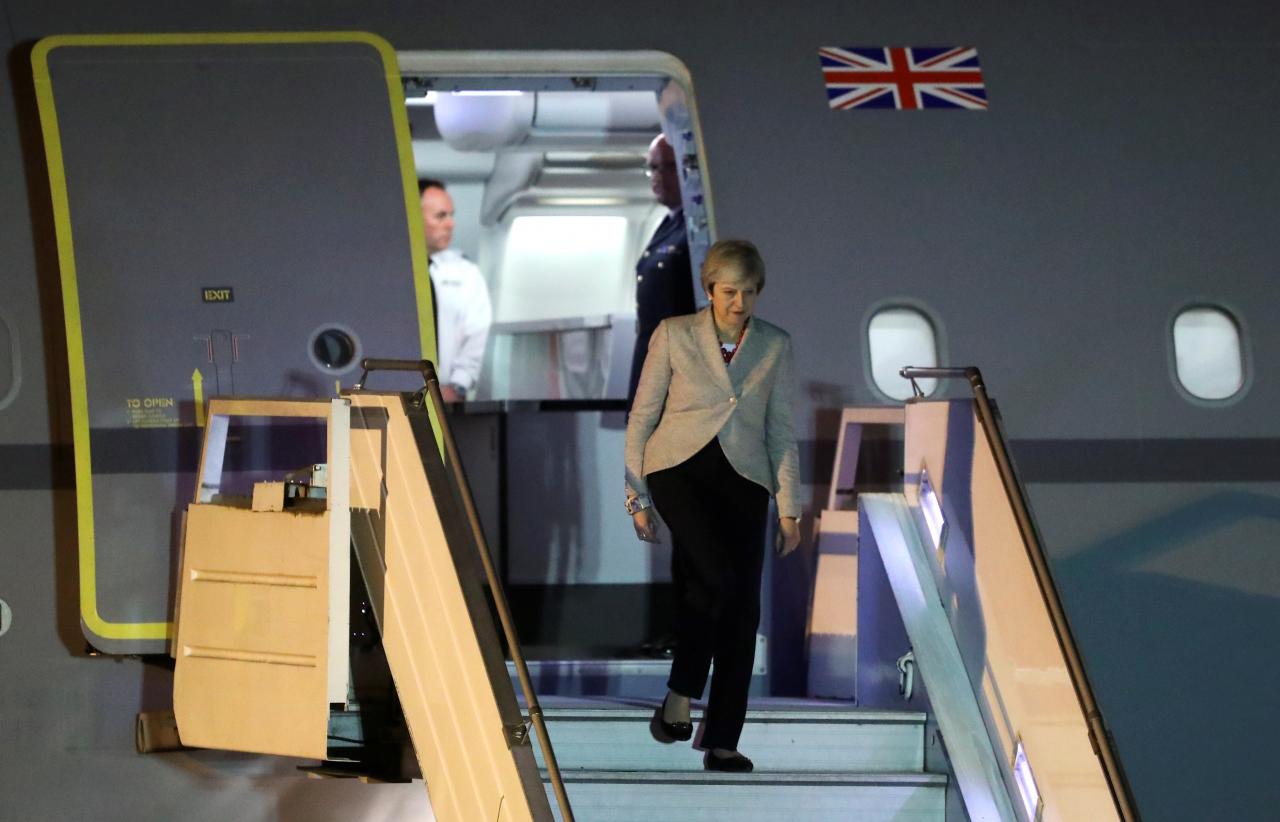 Focussed on December 11 Brexit vote, not alternatives: Theresa May

BUENOS AIRES (Reuters) - British Prime Minister Theresa May said on Thursday she was focussed on persuading lawmakers to back her Brexit deal at a vote in parliament on Dec. 11 rather than preparing a plan B. May secured an agreement with European Union leaders on Sunday that will see Britain leave the bloc in March next year with continued close trade ties, but the odds look stacked against her getting it through a deeply divided British parliament. The deal has been criticised by both eurosceptics and europhiles among her own Conservative Party lawmakers. Opposition parties and the small Northern Irish party which props up May’s minority government have all said they plan to vote against it. “The focus of myself and the government is on the vote that is taking place on Dec. 11. We will be explaining to members of parliament why we believe that this is a good deal for the UK,” May told reporters on the plane to the G20 summit in Argentina when asked if she had a plan B. “I ask every member of parliament to think about delivering on the Brexit vote and doing it in a way that is in the national interest and doing it in a way that is in the interests of their constituents because it protects jobs and livelihoods.” May has said that if lawmakers reject the agreement it could see the world’s fifth-largest economy leaving the bloc without a deal, or even not leaving at all. Asked which of those two options was more likely if her deal does not pass, she said: “We haven’t had the vote yet. Let’s focus on the deal that we have negotiated with the European Union.” On Wednesday, the Bank of England warned Britain risked suffering an even bigger hit to its economy than during the global financial crisis 10 years ago if it leaves the EU in the worst-case, no-deal Brexit scenario. May said that if her plan was voted down by parliament the government and businesses would have to make decisions about implementing preparations for no deal. Parliament will begin five days of debate on Dec. 4, with the final vote due to be held on Dec. 11. Many lawmakers hope that if the deal is rejected, May will go back to Brussels to seek further concessions, but the EU has been clear there is very little appetite to reopen negotiations.

May has said that if the agreement is rejected by parliament it will lead to greater division and uncertainty. “I believe as a country we could really prosper outside the European Union, I believe there will be opportunities for us outside the EU that there aren’t as a member of the EU but a divided country is not a country that prospers,” she said. “It is important that we bring the country together and actually look to our future outside the EU.” May will push the case for reform of the World Trade Organization at the summit of industrialised nations on Friday and Saturday, including increasing transparency, updating dispute settlement processes and promoting trade in services and digital alongside goods. “We will take our independent seat at the WTO next year when we leave the European Union and we do see the need for reform,” she told reporters on the plane. May is only the second British prime minister to travel to Argentina and the first to visit Buenos Aires, with whom Britain fought a war in 1982 over the British-ruled Falkland Islands in the South Atlantic. May said relations with Argentina were improving. “Our position on the sovereignty of the Falklands has not changed but what has changed in recent months is that we have seen better relations with Argentina,” she said. Britain is expected to announce that it will create a post of trade envoy to Buenos Aires following talks between May and Argentine President Mauricio Macri. The two countries announced this week that they had agreed to provide an additional flight between South America and the Falklands, which Argentina still claims.