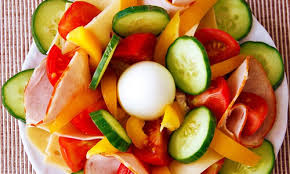 NEW YORK (Reuters) - US consumers are shifting away from weight-management foods, forcing companies ranging from Kellogg Co to Nestle SA to change ingredients and focus their marketing on different health benefits as sales slip. Food companies are grappling with how to market brands such as Lean Cuisine, Healthy Choice and Special K, and come out with new products tailored to changing tastes. These days, companies say, consumers care more about ingredients that are simple to understand than they do about counting calories. They also want more ethnic flavors, as well as foods that are higher in protein and gluten-free. Nestle will shift its Lean Cuisine frozen dinners from a diet brand to one built around "healthy eating and healthy lifestyles," said Jeff Hamilton, president of the prepared food division, in an interview on Thursday. The company, whose 2014 sales fell below its long-term goals, said that its performance in North America was hurt by its frozen foods business. Hamilton said the category has been declining annually at an average of 2 percent in recent years. Instead of retaining the brand's signature white box, which gave it a "diet" look, Nestle said, the company will use new packaging with bolder graphics to help Lean Cuisine stand out in the grocery aisle. Nestle is also rolling out new ethnic flavors such as Sweet & Spicy Korean-Style Beef. "We have a heritage of being a diet brand, and we need to move to where the consumer is going," Hamilton said in an interview. The changes come at a time when US consumers' perceptions of what is healthy are changing. According to a Nielsen study of 30,000 people released in January, the number of US respondents who said they were cutting down on fats dropped 14 percent between 2011 and 2014. Meanwhile, the number of people who turned to diets low in carbohydrates to lose weight increased 10 percent. Eating smaller portions and fewer processed foods was also popular strategy, the study said. John Bryant, CEO of Kellogg, said in an interview last week that consumers wanted snack bars with ingredients that appear to be natural even if they are not low in calories. "They're still buying bars, but they're often buying bars that are higher in calories and higher in fat," he said. The company is changing the packaging and advertising for its Special K brand to reduce a focus on weight loss, as well as adding varieties of bars with ingredients that consumers can see in the product, such as fruit pieces and rice crisps. Kellogg is making the changes in response to sluggish sales in its US snack business, which declined 3.1 percent when adjusted for currency and acquisitions in its fiscal fourth quarter, ended Jan. 3. Investors should not expect to see immediate results from companies' efforts to rebrand diet foods, however. In Kellogg's case, Special K is "obviously something that has been challenging the business for some time," said Morningstar analyst Erin Lash. "It definitely is not something we expected to change and improve over night." ConAgra Foods Inc says its new Healthy Choice Simply Café Steamers are made with "100 percent natural chicken.” "As the definition of health evolves, we evolve our meals," saidJenn Freeman, vice president and general manager, through a ConAgra spokeswoman. Consumers should also be skeptical that the new wave of foods marketed as healthy will help them lose pounds. "Researchers say that health and wellness foods carry a health halo that seduces people into thinking the products have no calories," said Marion Nestle, a professor in the department of nutrition at New York University. "Alas, they do."