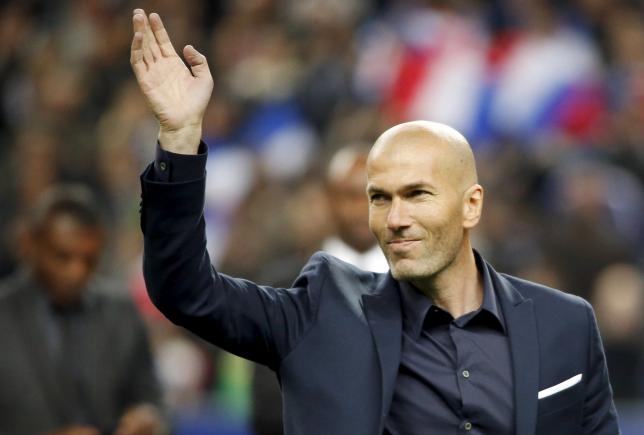 LONDON - Football idols Zinedine Zidane and Ronaldo will lead a star-studded team in a friendly match on Monday aimed at raising money to help Ebola-hit Guinea, Liberia and Sierra Leone. The 12th annual 'Match Against Poverty', organised by the United Nations Development Programme (UNDP), will be contested in France between French club AS Saint-Étienne and a team of past and present international players. Former France captain Zidane and renowned Brazilian striker Ronaldo, both UNDP Goodwill Ambassadors, will be joined by Ivorian Chelsea striker Didier Drogba, retired Dutch midfielder Clarence Seedorf and ex-Brazilian captain Cafu. "We are delighted to play a part in helping people, communities and countries get back on their feet after the damage that Ebola has caused," Ronaldo said in a statement. The Ebola epidemic is believed to have killed more than 10,600 people and infected 25,791 in Guinea, Sierra Leone and Liberia, according to the World Health Organization (WHO). Last Wednesday, the WHO said a total of 37 confirmed cases had been reported in week to April 12, up from 30 the previous week. Of those, 28 were recorded in Guinea, nine in Sierra Leone and none in Liberia. Proceeds from the annual match have previously helped to fund earthquake reconstruction in Haiti and Pakistan, post-typhoon recovery efforts in the Philippines and post-famine relief to the Horn of Africa, according to the United Nations. –Reuters