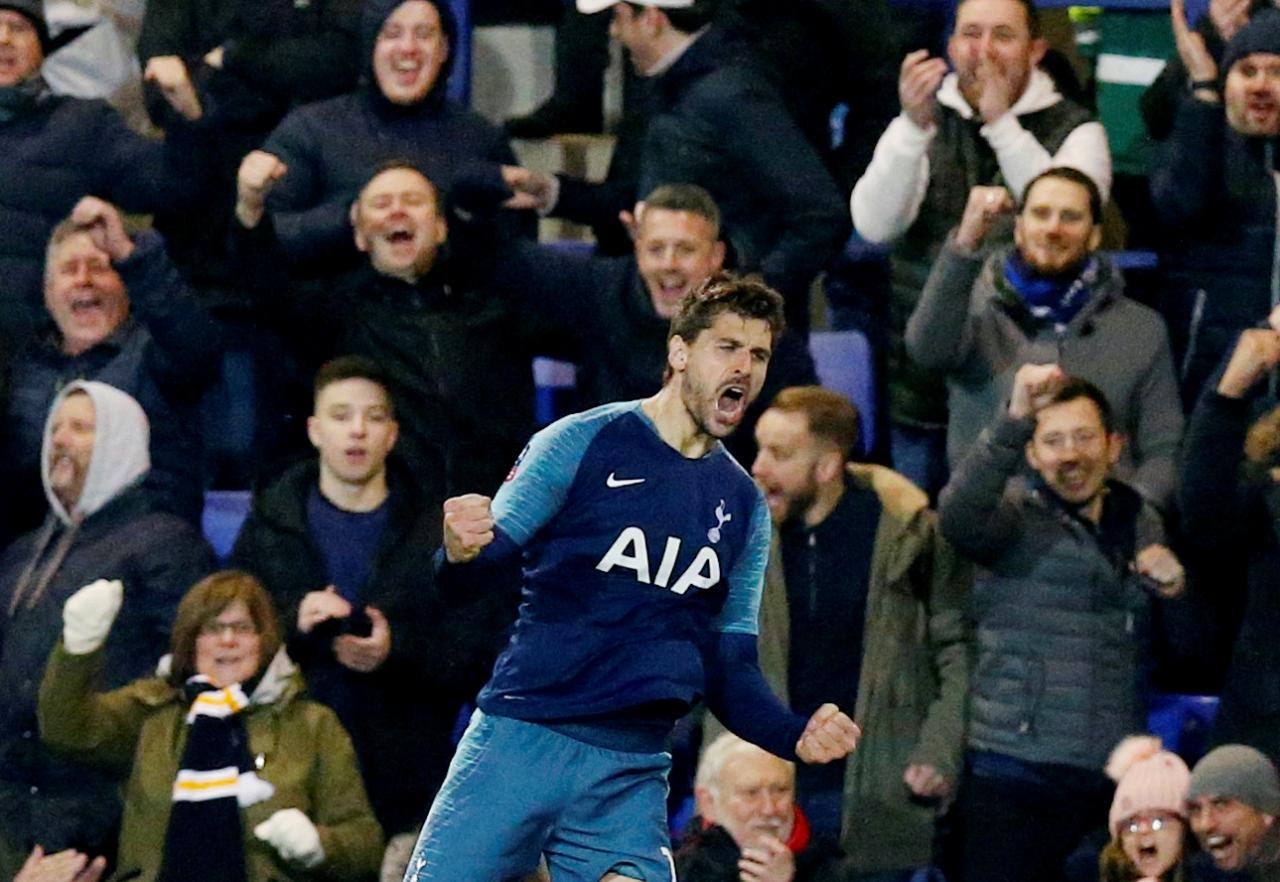 LONDON (Reuters) - Tottenham Hotspur’s Fernando Llorente got a hat-trick as they chalked up their record competitive away win with the 7-0 thrashing of fourth-tier Tranmere Rovers in the opening game of the FA Cup third round at Prenton Park. Defender Serge Aurier broke the deadlock with a deflected shot from the edge of the area five minutes before the break to breach a Tranmere side who had competed well in the first half before the floodgates opened after the break. Spanish striker Llorente, restricted to a place on the bench for much of the season, got his first goal of the night when he slotted home from close range after fellow forward Son Heung-min burst down the right and delivered a perfect low cross. Right back Aurier then added his second goal, driving the ball home after excellent creative work from Son. South Korean Son himself made it 4-0 with a solo run from inside his own half, without a challenge from Tranmere’s defenders, which ended with a clinical finish. Tottenham’s promising 18-year-old midfielder Oliver Skipp then delivered a wonderful through ball for Llorente who slipped the ball home to make it five in the 71st minute. A minute later the former Athletic Bilbao striker completed his hat-trick, poking home a low cross from Lucas Moura, and within minutes Mauricio Pochettino had taken him off, adding to Tranmere’s troubles by bringing Harry Kane off the bench. The England captain added the London club’s record-breaking seventh by cleverly flicking the ball over goalkeeper Scott Davies after a defence-splitting pass from Dele Alli. While the introduction of Kane could be seen as an unnecessary step, Pochettino suggested he did so to be fair to the Tranmere supporters who had turned out on a cold night. “It was the plan to give Harry Kane 15-20 minutes to play, he always wants to play. It is important too for the fans here and the opponents to enjoy Harry Kane, he’s an icon in England and not everyone can have the opportunity to see him,” he said. “It was important to show some respect to the people who are here, it was very nice for everyone.” Tranmere manager Micky Mellon acknowledged his team, who won promotion to League Two from the fifth-tier National League last term, were outclassed by a side who are third in the top flight. “You have to say that Spurs are fantastic haven’t you? We will be disappointed with certain moments and a lot of the goals. But listen that’s what happens when you make mistakes. You get punished. We got punished very, very heavily. “They are a fantastic football team with outrageously good players. Sometimes you have to put your hands up and say they were brilliant,” he said.