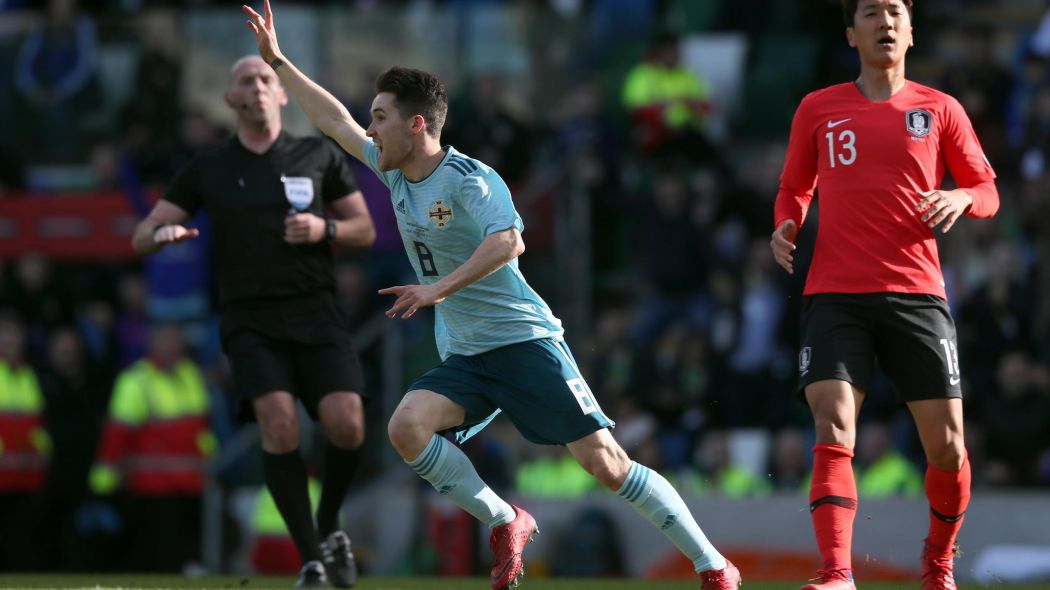 BELFAST (Reuters) - South Korea’s eight-match unbeaten run was halted as debutant Paul Smyth came off the bench late on to give Northern Ireland a 2-1 victory at Windsor Park on Saturday.

The visitors needed only seven minutes to take the lead when Kwon Chang-hoon finished coolly past keeper Trevor Carson after a deft chipped pass by Tottenham Hotspur’s Son Heung-min.

South Korea, who have qualified for a ninth successive World Cup finals, looked comfortable as they dominated possession but their lead lasted only 13 minutes.

Jamie Ward played a dangerous low ball into the area and Kim Min-jae turned the ball past his own goalkeeper.

Chances were few and far between in the second period but Queens Park Rangers striker Smyth produced a memorable moment to fire a shot low into the corner with virtually his first touch.

Michael O’Neill’s Northern Ireland missed out on qualifying for the World Cup when they were beaten by Switzerland in a two-legged playoff in November.